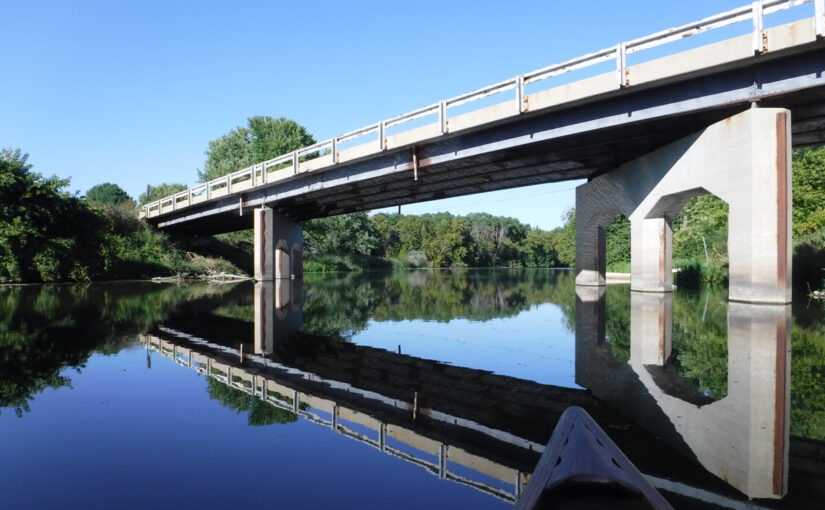 After watching dance vignettes at Wirth Court Park, part of Shifting Gears Bike Path Dance Festival (Yaqi Wu was our favorite), we joined G&S for a no-shuttle paddle on the Crawfish River. It was a beautiful Labor Day afternoon – sunny, with light breezes and temperature in the 70’s.

This was a new segment for us. We had paddled downstream around the oxbow at Astico County Park last year, and we told ourselves that we should come back sometime and go upstream.

136 cfs Crawfish R at Milford gauge 05426000.
This is for comparison purposes. This is not a good indicator of water levels in Columbus because the gauge is many miles downstream and there is at least one intervening dam. Probably there will always be enough water to paddle, as the river did not seem low even though drought conditions are prevalent in Wisconsin this year, and most of the gauges in Southern Wisconsin were in the 25 – 75% range on this date.

The drive to Astico County Park from Madison takes about a half hour. We were a little concerned that parking would be a problem – and it would have been, as the three spaces by the put-in were occupied. However, a person (presumably with authority to do so) told us that camp site #13 was empty so we could park in the asphalt space where a camper would have been parked. This was ideal since it was directly across from the put-in.

We launched at 2:40 and paddled leisurely upstream in negligible current. One kayaker launched directly from the dock, the rest of us from the dirt bank beside the dock.

The banks were mostly wooded and the surroundings felt very isolated and quiet. The water was murky, as it probably always is; and the surface was mostly clear of algae and duckweed. With the calm winds, the river was very reflective.

We passed under the CTH TT bridge at the put-in and the Ninabuck Rd bridge about a mile upstream. There was a fishing boat on the bank on the right at the entry point of a small stream just before the turn-around point. Otherwise, no landmarks to identify one’s position on the river. Except for one young woman on a SUP, we had the river entirely to ourselves.

Due to time (no obstacles encountered), we turned around at 3:40 and doubled back downstream to take out at 4:40. Total distance : 3.5 – 4 miles for our 2 hour paddle at a very leisurely pace.

Most interesting to us were the white egrets. According to Wikipedia, all egrets are members of the heron family. The ones we saw were Common Egrets or Great Egrets, apparently not unusual in Wisconsin; but we have not seen them before while paddling. We followed a single white most of the way upstream, and we encountered several more (or the same one) on the downstream leg. We took many photos.

In addition we saw a Great Blue heron from a distance and a Green heron hopping along the downed trees at the edge of the river. We heard some woodpeckers. Surprisingly we saw only one turtle because it looked to us like a great place to bask in the sun. We encountered a muskrat and at the landing we surprised some frogs which made us laugh when they disappeared in unison. 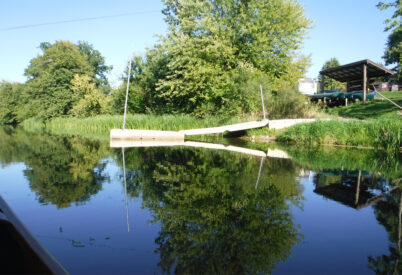 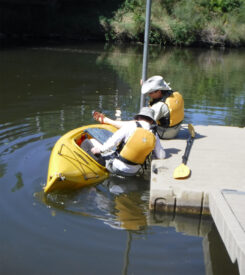 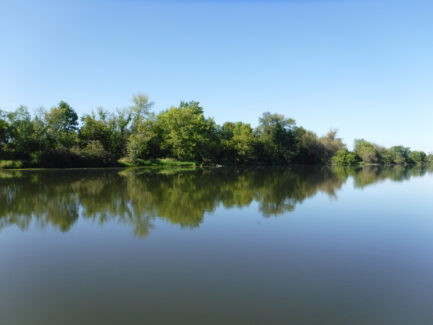 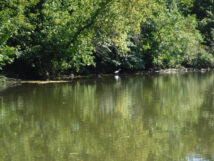 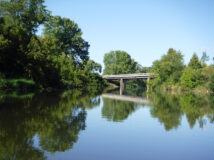 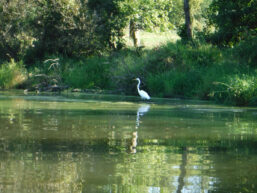 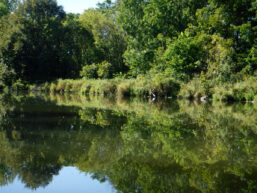 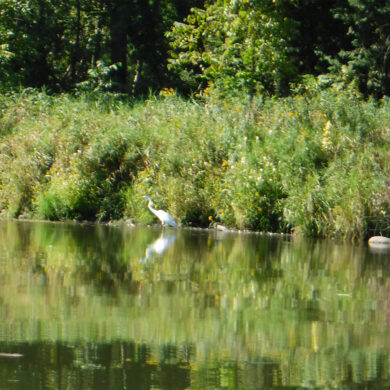 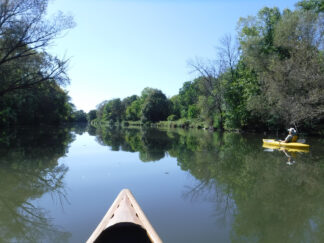 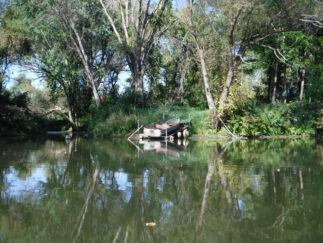 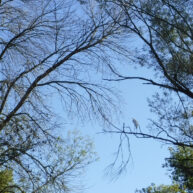 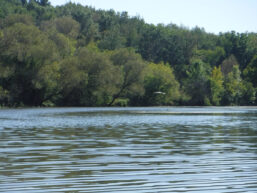 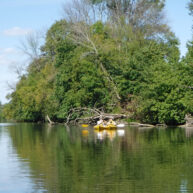 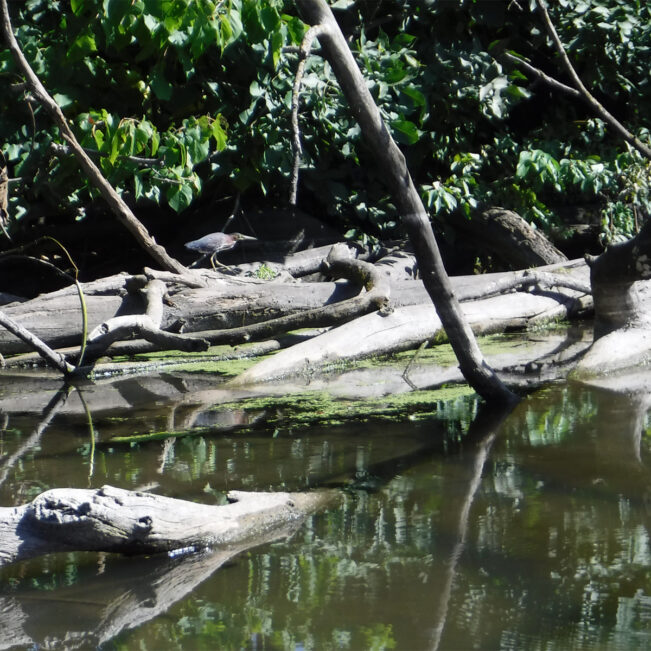 Idea for the future:

It would be fun to reserve a picnic shelter or a camping spot in the park on the bank of the oxbow in order to launch from the shore – we would forgo the actual camping aspect. It would need to be on a day during a dry week as it might otherwise be too muddy. Afterwards – have a post-paddle picnic.