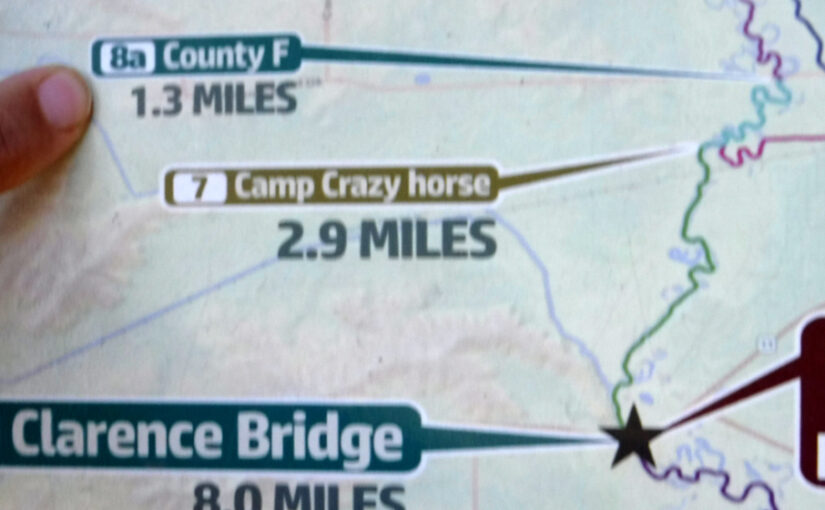 Is this a segment that no one paddles? We couldn’t find any trip reviews online; but it seemed doable for us, so we planned a shuttled paddle with our friends on a sunny early fall afternoon that was not too hot and not too windy.

The Route to the Put-in:

On 11 cross the bridge over the mill race stream, and after a few hundred feet, on the left just before the F bridge over the river is the entrance to the landing area with plenty of parking, no facilities. If you go over 2 bridges you have gone too far.

The 7-minute shuttle route goes east (right) on F, south (right) on Highway 11 through Brodhead, sharp left turn from a left-turn lane onto Mount Hope Rd just after the bridge, left turn into Clarence Bridge Park about 500 feet south of the turn.

At the take out, the signs say “no parking on grass” although the non-grassy parking area is very limited. The road through the park is one lane and has deep low spots where we were nervous we would bottom out.  The road could use some maintenance. There is a quirky porta-john at this park which one of us used and deemed it not too bad on this day.

We launched at 2:40 and headed upstream to test the wind and current. The current was fairly brisk but manageable. We turned around after 10 minutes and noted that it took 6 minutes to get back to the put-in. We did this to assess how far to go in case we decided to pass up the take-out and proceed downstream to check out the environs between Clarence Bridge Park and Avon Bridge. FYI, we passed the the entrance to the mill race (a canal in which water flows to or from a mill wheel) just upstream from the put in.

The Sugar River banks were mostly wooded and felt isolated, with little development. It was quite shady, which was nice on a sunny day. It was quiet. There was no road noise until near the Highway 11 bridge at the end of the paddle.

The current was zippy enough “for us” and required us to keep alert watching for shallow areas, limbs and rocks. The murky water made it hard to see the shallow spots in time to avoid them, and the canoe and kayaks got hung up a couple of times, although no one had to get out and drag their boat. We might have liked the water level slightly higher if that did not entail a stronger current. The kayakers occasionally got turned a little by unexpected eddies – not scary, but surprising little pause where they would have to adjust their paddling to get back to the intended direction. We did not notice these in the canoe.

In addition to the F bridge just upstream from the put-in, downstream we passed under a railroad bridge, Ten Eyck Road Bridge and the Highway 11 bridge. The halfway point was Crazy Horse Campground, a private landing.

Our take-out at Clarence Bridge Park, a small sand/gravel landing, was immediately downstream right after the Highway 11 bridge.

Wildlife: Not as much wildlife as you might think on this quiet section of the Sugar River. We saw heron, kingfishers, 2 frogs, small hopping shore bird 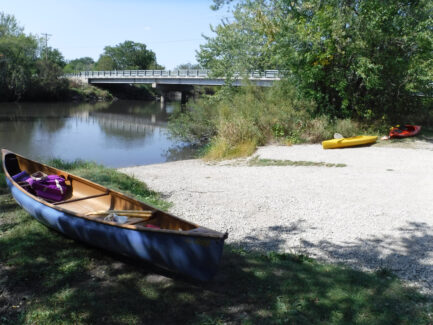 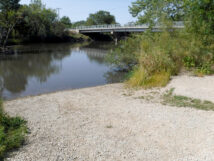 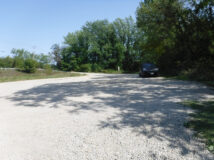 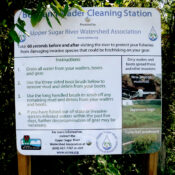 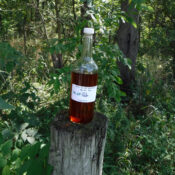 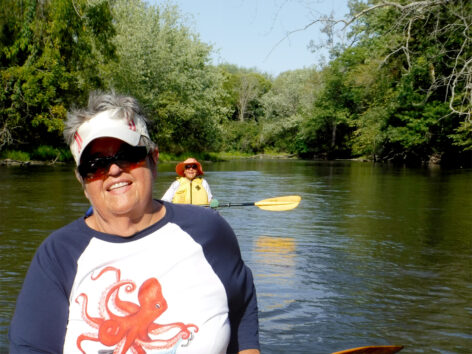 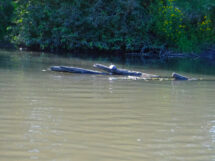 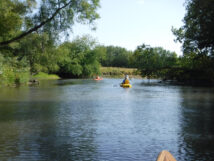 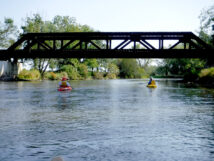 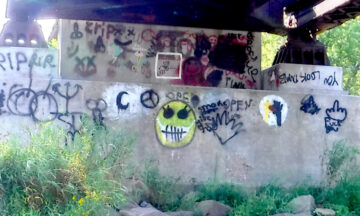 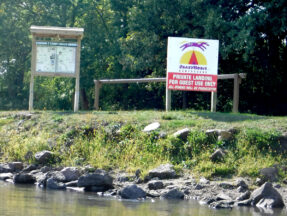 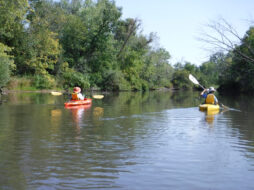 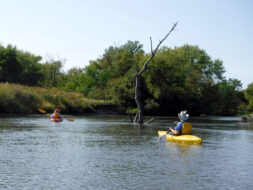 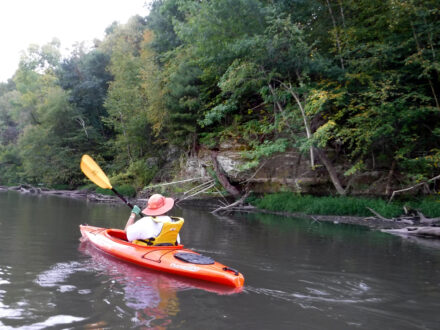 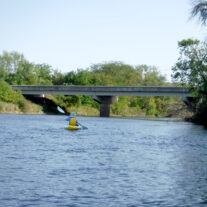 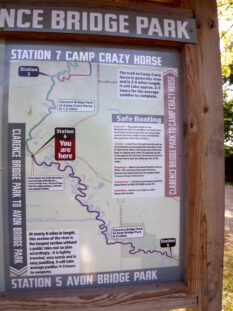 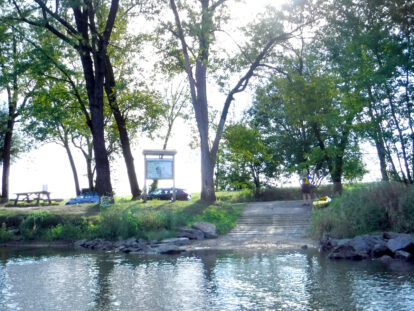