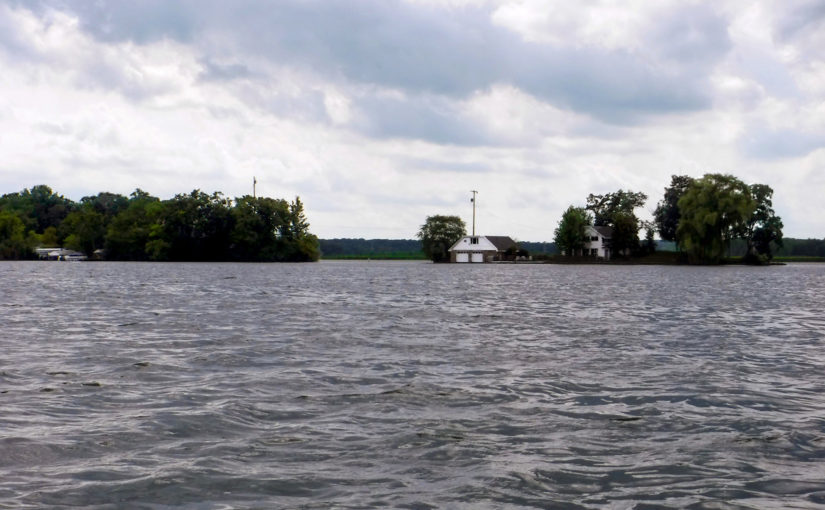 We heard about Lulu Lake from Gathering Waters that holds Land Trust Days events each year. The Nature Conservancy has helped protect a total of 2,824 acres in the Mukwonago Watershed. END_OF_DOCUMENT_TOKEN_TO_BE_REPLACED 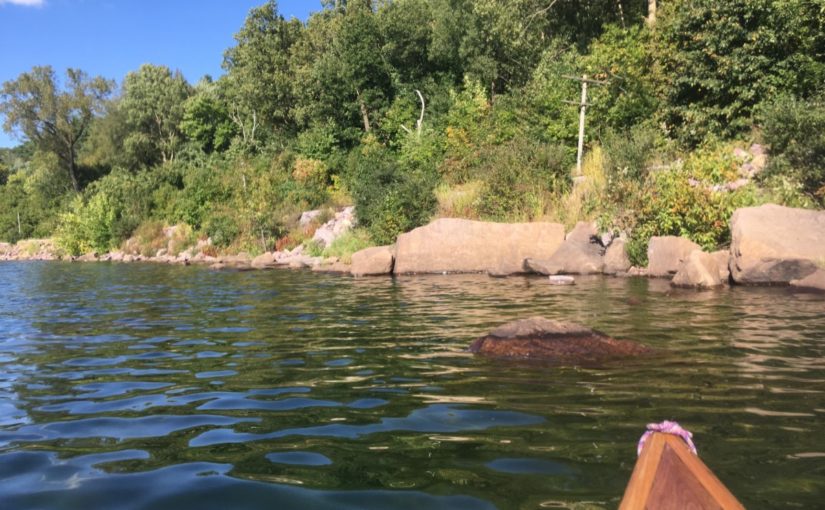 Most residents in Wisconsin have a fond enthusiasm for Devils Lake State Park. Maybe since we didn’t grow up here in the dairy state we don’t have the same dreamy associations. So to start getting to know this area a bit, we decided to paddle the circumference of the lake. The summer of 2018 was a time of flooding and high water that made many of our lovely rivers inadvisable to be upon.

One thing you will love – no gas motor boats are allowed! END_OF_DOCUMENT_TOKEN_TO_BE_REPLACED 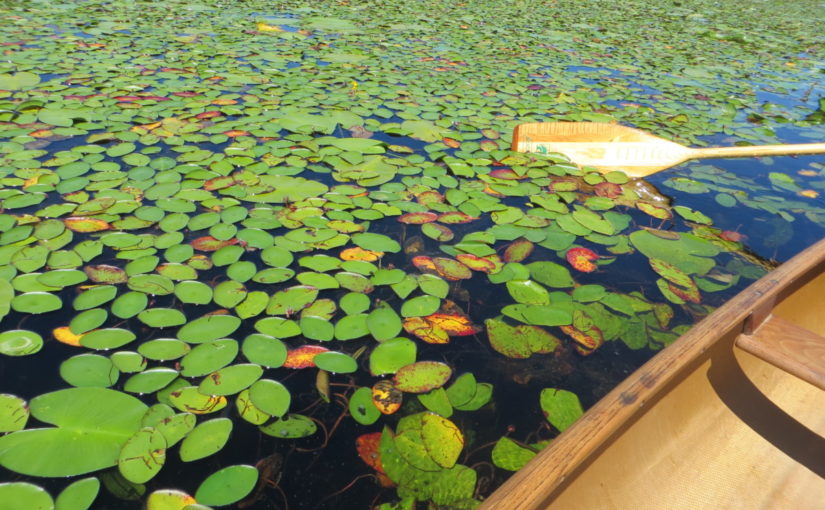 This lake is probably quite pretty, but we really couldn’t see much of the water surface. We got to it too late in the season – it was just packed with vegetation. The canoe did ok in this thick plant material, but kayak paddles would probably get tangled due to the different pattern of paddle strokes. We heard about Red Cedar Lake in one of the paddling books, and it sounded idyllic; we guess they must have gone in the spring. We probably will not try again this year.
END_OF_DOCUMENT_TOKEN_TO_BE_REPLACED 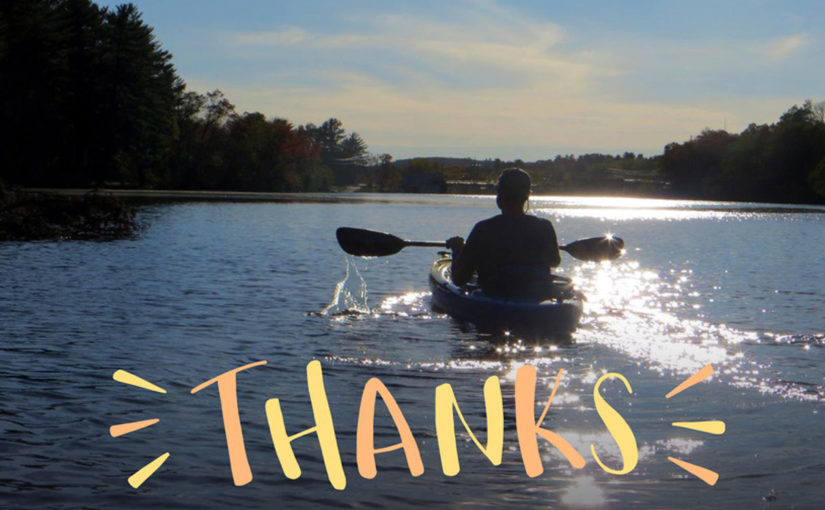 We won a guided paddle trip on the Black River in the River Alliance Auction. Ken Schreiber worked for the DNR for many years and knows the Black River well and suggested that the Hall’s Creek to Black River Falls segment would END_OF_DOCUMENT_TOKEN_TO_BE_REPLACED 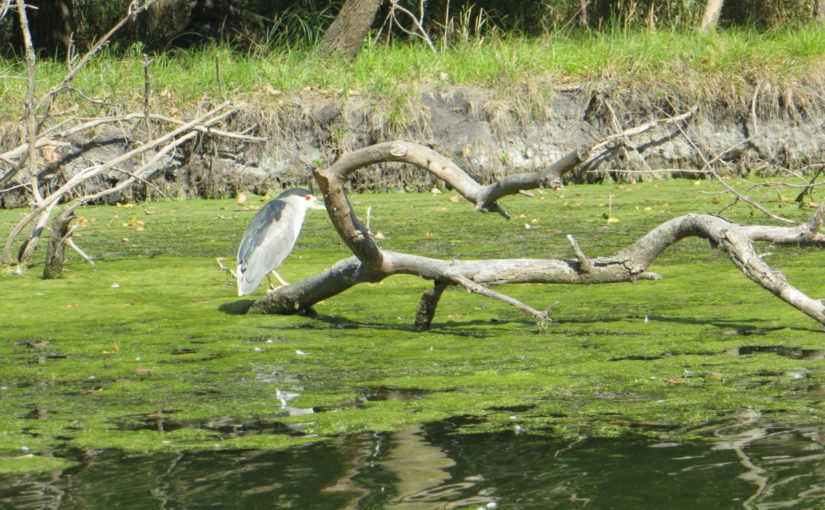 Deb’s sister-in-law declared a goal to paddle the Skokie Lagoons which is north of Chicago. Our friends Jeanne and Katia live close by and the weekend we were driving through we decided to give it a try. Unfortunately, my sister-in-law could not join us but we are determined to help her achieve this achievable goal. END_OF_DOCUMENT_TOKEN_TO_BE_REPLACED 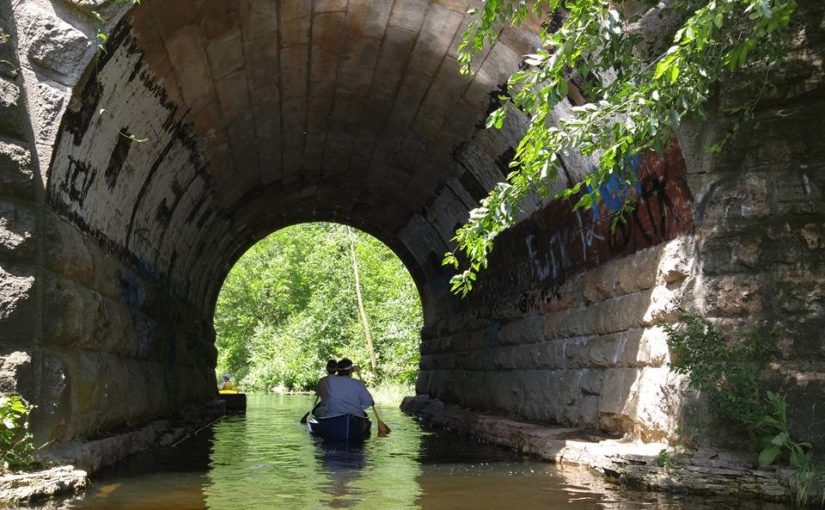 Wingra Creek is a pleasant urban paddle in Madison. We usually try it once a year. If the water is too high, it can be difficult to get through the first railroad bridge; the water is too strong and fast and there is always deadfall to contend with. Sometimes the water is too low and the boat hits the creek bottom which causes an abandoned trip. The waterway can also suffer from invasive plants and algae making the experience extremely unpleasant. This year we were hoping that it would be “just right.” To be sure of our hunch, we END_OF_DOCUMENT_TOKEN_TO_BE_REPLACED 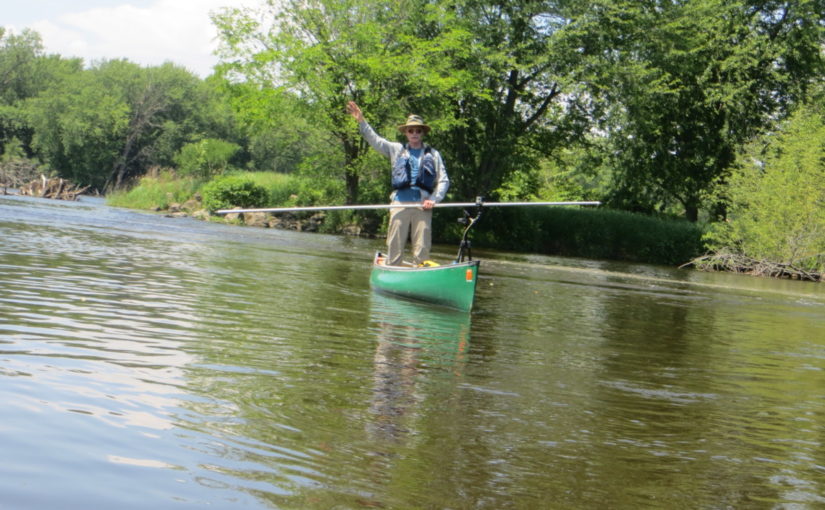 We bid and won an auction item from the River Alliance – a guided Mississippi River paddle with John Sullivan! Since up to four paddlers could go, we gave it to our friends for a Xmas present. We enjoyed END_OF_DOCUMENT_TOKEN_TO_BE_REPLACED

This trip is a segment of Illinois Fox River 1 in Mike Svob’s book.
Flow at Waukesha gauge 05543830: 101 csf (median for this date 43csf)
Left at 4pm. 1.5 hour drive from Madison to Big Bend Village Park which has a nice concrete boat ramp and plenty of parking.
1 hour to unload boats, find bathroom. Floyd E Swayze Memorial Center(Lions Club) is next to the landing, but it is unclear if it is public or private. Mobil Gas Station is 0.5 miles.
In water 6:20. Turned around just past golf course, approx 2 mi from put-in. Slow current, no blockages or grounding. Water clear but lots of duckweed.
Saw ducks and swallows-not much else. Heard cranes. Pretty and quiet. Encountered family of kids and dad and fishing boat. Very cloudy. Dewpoint 72. Out at 8 o’clock in darkness.

Setting: We picked this location because it was close to the Farnsworth House, which we toured beforehand, and Oswego, where we saw a program of short films (Luna Fest) after canoeing. It was a cloudy, cool, breezy day in the 60’s.

Put-in: 4:15 pm at a nice sandy landing with a large parking lot at Bridge St. access near Channahon State Park in Channahon, IL.

The paddle: Downstream approx 2 mi (45 min) where we could see a marina to our left on the DesPlaines River which runs very close to the canal.  A bike trail, the old tow path, runs along the canal. The canal was a little trashy at the start. The water was clearer at the start than farther downstream. Current was minimal. The surroundings were fairly isolated except for a few houses, one of which had a herd of goats. Our turnaround point was at the site of a scenic wooded bluff.

Wildlife: doe and faun drinking at the edge of the canal and 2 other adult deer, kingfishers, orange and black bird (?oriole), muskrats, goats.

Other possible put-ins in the area: There is a nice sandy landing at Silver Springs State Park in a lake off the Fox River. The water was a clear blue-green color like a glacial lake. There is another (concrete) landing nearby on the river bank. We heard good reports on the canoeing, but there might be too much current to paddle upstream (or too shallow). We also saw a nice picnic area in the park across from the Farnsworth House, which is downstream from the canoe landings.

This was a Saturday, and we really don’t enjoy the upper section of the Kickapoo with the raucous weekend boaters. We sought out a lower section, not as popular which is fine with us. This trip is a section of Kickapoo River 5 in Paddling Southern Wisconsin.

Put-in/take-out: Highway 60 landing about 300 feet west of Highway 131. This has a concrete ramp and a nice parking lot. No bathrooms.

We scouted out other landings after the paddle. Another landing on Highway 60 about 1 mile before the Wisconsin River looks good.  Plum Creek Canoe Landing on Plum Creek Road was washed out when we were there.