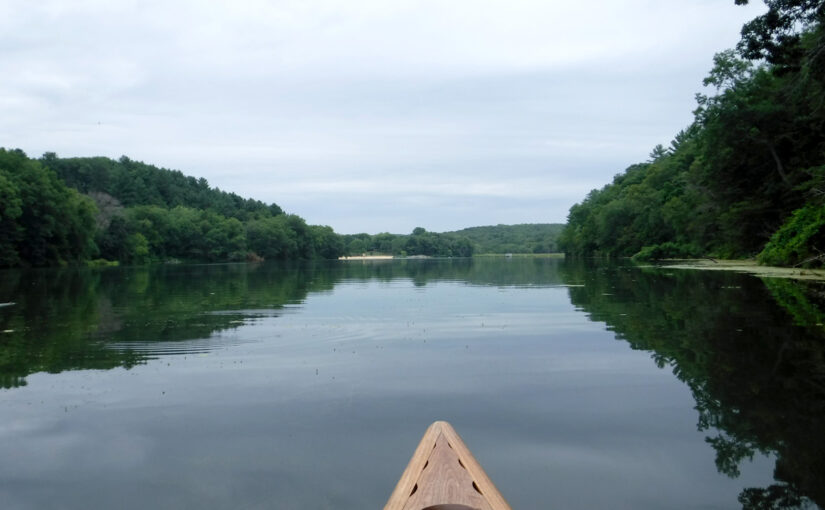 When my 6yo great-niece and her parents invited us to visit them at their Governor Dodge State Park campsite, we took the opportunity to paddle one of the two lakes in the park.

We had a few simple FAQ questions for which we could not find the answers so decided to document them here.

Q: Which lake should we paddle? Cox Hollow Lake vs Twin Valley Lake?
A: Cox Hollow lake (81 acres) is much smaller but seems to be more popular then Twin Valley (136 acres). We asked a ranger and they suggested Cox Hollow. There is one nice big bluff to gawk at, and there are some minor rock formations in the woods area which accounts for much of the shoreline. Sounds like Cox Hollow is the place to start if you are not sure.

Q: How long does it take to paddle Cox Hollow Lake?
A: It took us a bit over an hour to explore the perimeter. Since rain was threatening, we didn’t linger as much as we would normally. Once we got to the rock formation we continued the perimeter but did not explore every nook and cranny. Good thing because it started raining when we were loading our boat!

Q: How crowded is the lake, since there is a beach in the middle of it?
A: It’s not remote! This state park lake could get quite lively with swimmers, sup paddlers, paddleboats peddlers and canoe/kayak rentals. There are also people fishing near the dam. Since it was a rainy day, we lucked out and the number of people on the lake was jolly, not annoying. Bottom line – it depends on what you are in the mood for. Since we are sort of merging out of the pandemic, we were not people-averse this time around but everyone pretty much kept distant from each other.

Q: Are motor boats allowed?
A: No – not on either lake. Electric motors only is  our understanding.

This is another lake that is noted as a “flowage” lake; it is formed by the water being kept pooling by a dam. So it can be thought of as “over-flow”. Thing is – the term “flowage” is not used much outside of the state of Wisconsin! In other places it probably is called a reservoir. Believe me, even people who live here get confused by what that means. Here is a great explanation on the term flowage.

As a lot of lakes in Wisconsin, this lake does have several kinds of algae and a lot of invasive Curly Leaf Pondweed. It is not “choked” however and overall it was pleasant except around some edges. There was a kind of algae that we had not seen before that we unfortunately did not capture in our photos. It was a violet color in the shape reminiscent of a plume found on a marching band hat. 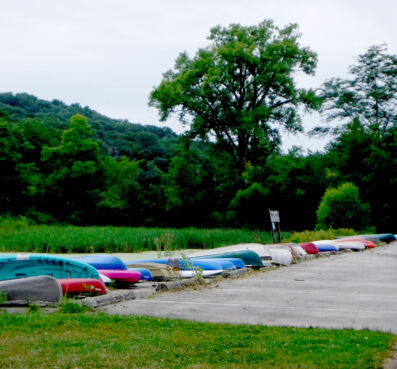 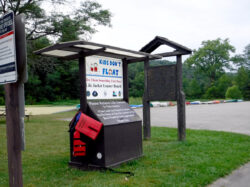 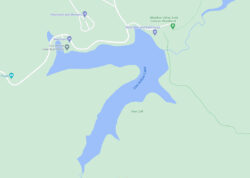 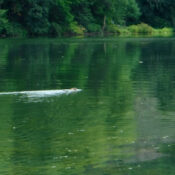 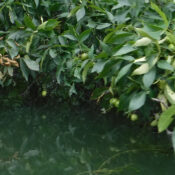 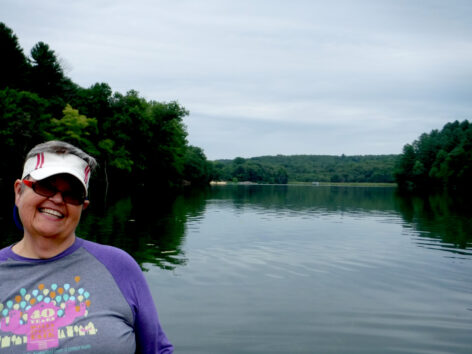 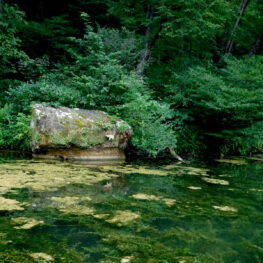 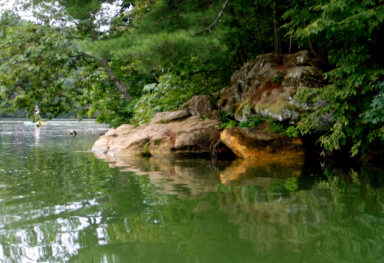 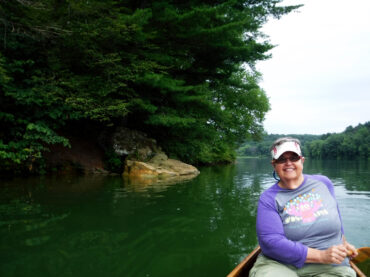 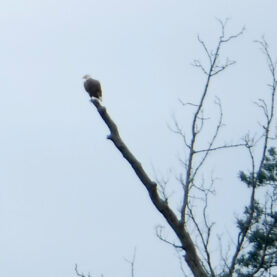 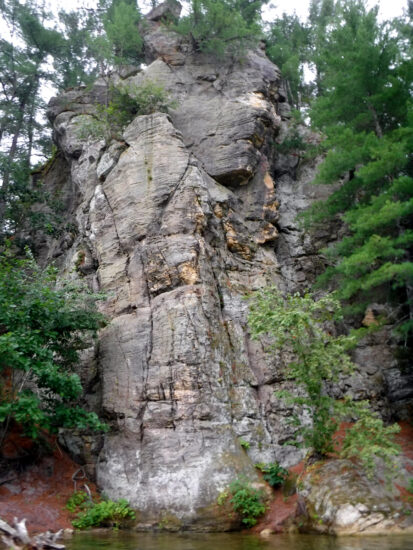 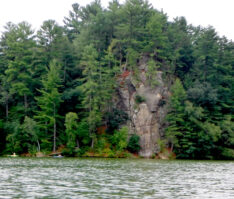 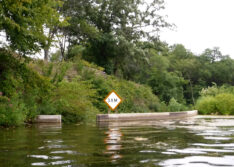 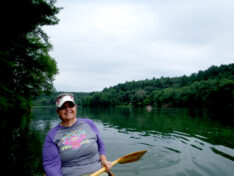 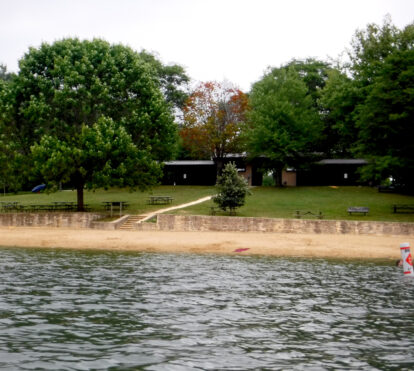 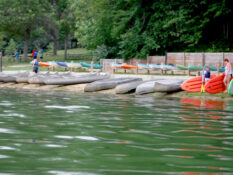 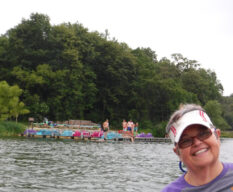 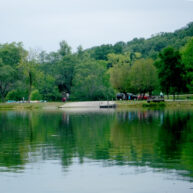 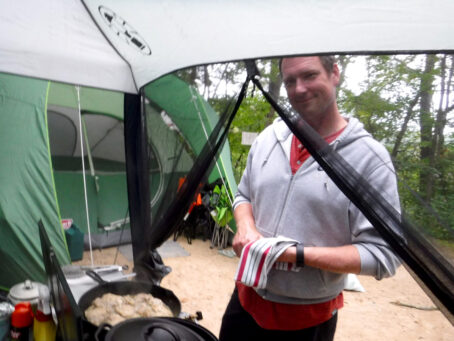 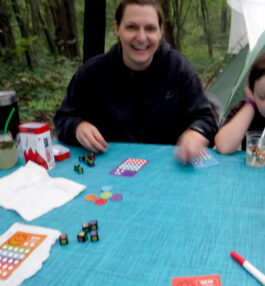 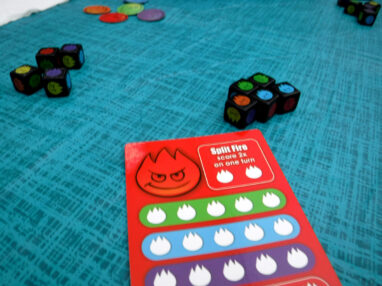