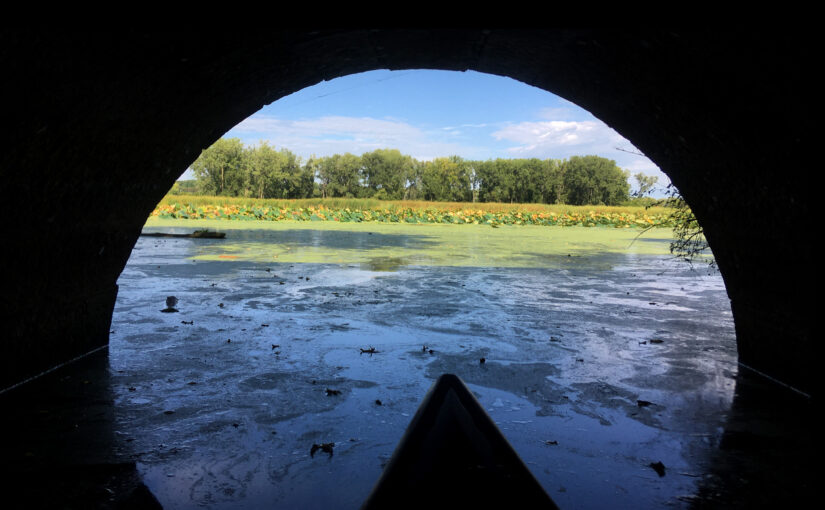 A small lake right in Madison provides an interesting hour paddle. We liked the idea of a short paddle before meeting friends on a Friday night.

Last spring we took a walk in Warner Park and were surprised to see canoes stored on racks there. At the time there was still a bit of ice melting and there were lots and lots of dead fish along the shoreline. That put the idea “on hold” for awhile. This week we had a nice rain and figured the lagoon was not too shallow to paddle. We had zero friends interested in joining us whenever the idea was brought up, so it was just us for a change.

The concrete launch ramp can be found next to the fishing dock located near the event building that looks like colorful silos.

The launch is a bit of a walk from the parking lot. I had the idea to use the service road to bring the boat up but there was a barrier across it. So we unloaded in the parking lot ready to lug the canoe to the water. Funny enough, someone came along, jumped out of their car, moved the barrier out of their way and proceeded to drive up the service road; and we noticed the purpose of their trip was simply to use the bathroom facilities! So we definitely used the service road on the way out. The launch had a carpet of duckweed, but it was not slimy / no algae. A nice man gave us a shove into the water – a rare random act of kindness.

Although the Google map makes it look like the water is too choked to circumnavigate the main island in the lagoon, we had no problem making a full circle. We were prepared to turn back around and hug the island shoreline but it was nice that it was a loop.

The water was brownish, LOTS of duckweed but not much algae. The depth seemed to vary. There were lily pads but not enough to choke any particular area. We have seen lakes with so many lily pads that it was un-paddleable.

Since we live in the area, we are familiar with the roads around the park; and it was really interesting to see the area from the other side. For example, along Warner Park Beach we pass a viaduct / culvert that kids fish from. During our paddle, we discovered that from the lagoon it is possible to go all the way through the viaduct and the culvert to Lake Mendota. It is something we never expected. Warner is Madison’s largest urban park according to an online source. The lagoon is groomed for ice skating in the winter.

A lot of information about the park is on the Wild Warner website including a paper about the water flow. 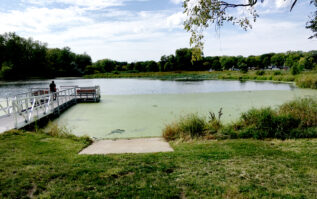 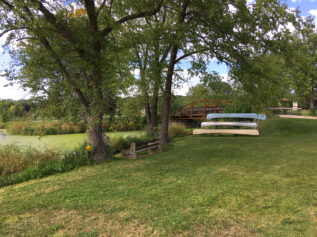 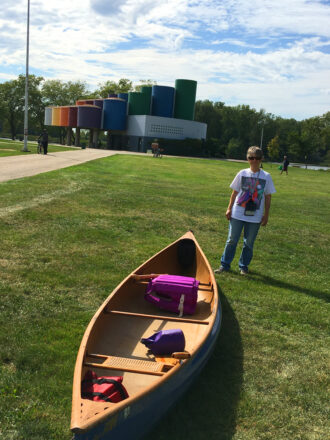 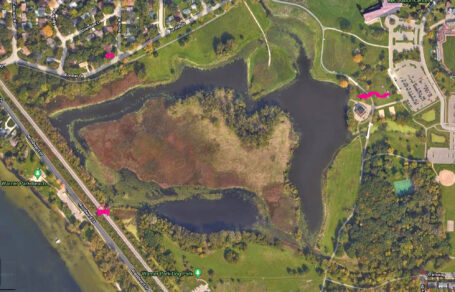 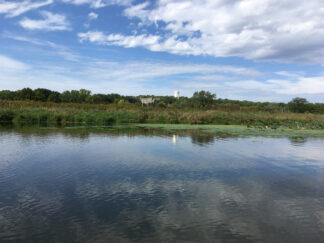 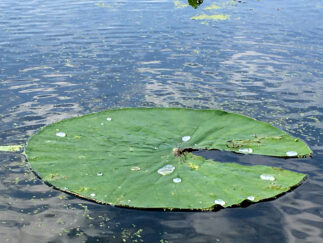 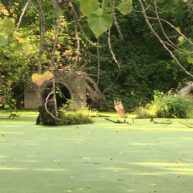 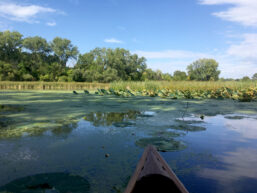 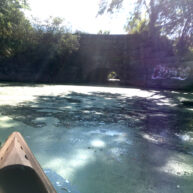 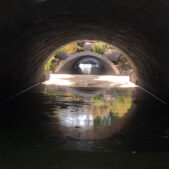 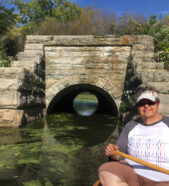 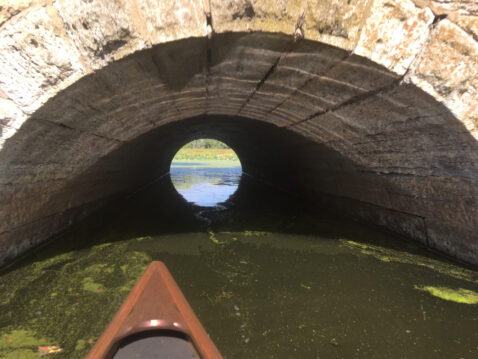 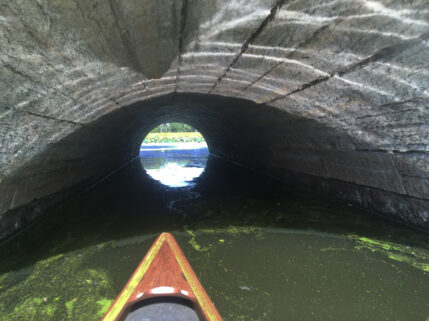 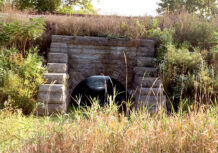 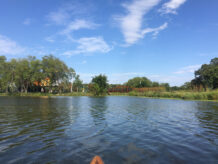