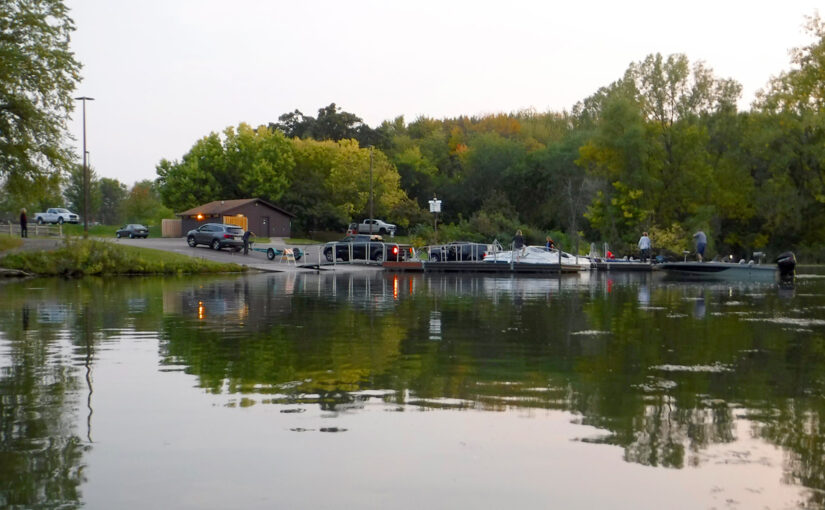 We have driven by Babcock Park so many times. We knew it would be a short paddle but thought it was high time to see it from the water. We learned a few things. Is it a good idea to paddle there? Depends…

A Dane County lake access permit is required even for paddle craft. There are many many huge parking spaces for trucks with boat trailers but cars are not supposed to park there. The car parking is in the hinterlands (not too bad, really). We were not happy that the big polluting noisy boats with their massive trucks and trailers paid $8/day, and we had to pay $7 for a silent non-polluting canoe and parking place for one car (the small lot for cars was full, by the way).  It says to pay before you park. There is a kiosk to pay with a credit card. If you do go – best to pay online from home.

At the launch the motorboats do things a certain way – you will soon understand the three ramps were not built for you! In order to not get run over, we took our boats off and carried them over. Then, much like you do when encountering a bear, we tried to “look big” while we launched our two little boats.

Right after we finally were able to launch, we turned right and saw a heron which we took as a good sign. There was a tree or two that had spectacular foliage. The big boats, on the other hand, go straight ahead into Lake Waubesa (shown as a dotted blue line on the map below.) We were more interested in the surrounding quiet area and canals.

Soon you come upon a dam followed by a lock. What was news to us (thanks to Katia’s meandering ways) the locks are sometimes left open and you can paddle right through! If we had only known this we would have launched at the canoe-friendly Jaeger park which was very close to the lock and dam! It would have circumvented all of the launch stress and would have been a much different (better) experience. In the map, the lock is marked with an arrow and is located under Highway 51.

Once we returned from our excursion under Highway 51, we followed the shore right where you must be careful not to get clotheslined / decapitated by the many fisherman enjoying the shore.

We enjoyed seeing the various buildings on either side; were surprised that every culvert / bridge could be paddled through. And mostly were delighted to find that the path took us out to Lake Waubesa; it was most unexpected. We were treated to a fine sunset which reminded us we better watch the time.

We have not found it, but if there is an online way to tell if the locks are open it would be a much better idea to launch from Jaeger Park! Or at the confluence point is a scenic very-lakey place named Barr’s Store / Resort (5920 Lake Edge, Rd McFarland). On Google satellite map note that there is a put-in for non-motorized craft right from the street. 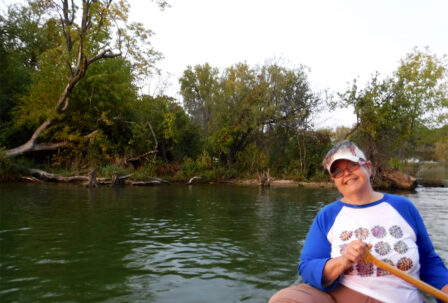 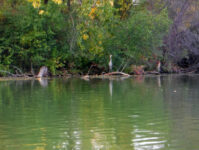 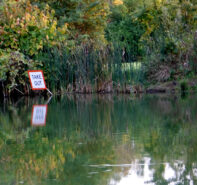 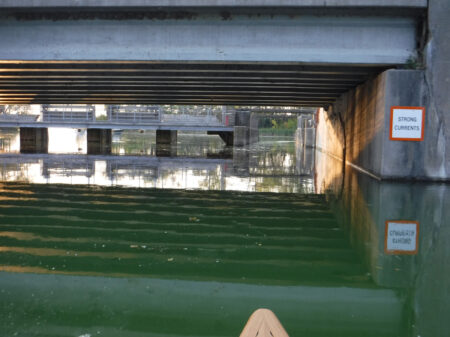 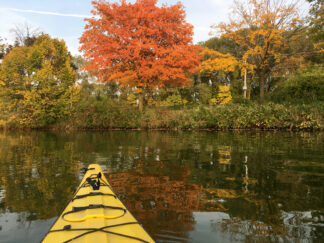 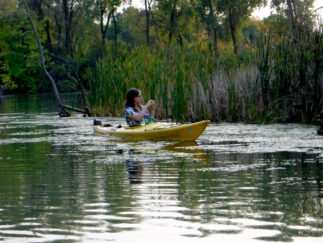 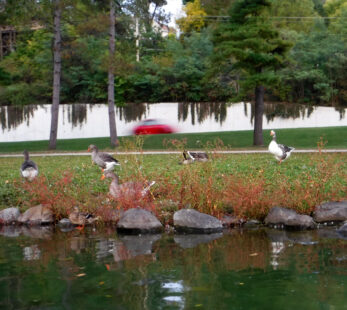 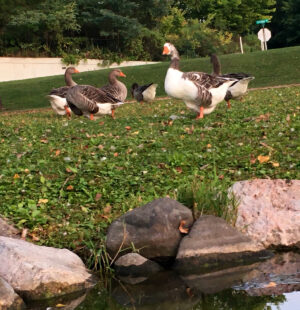 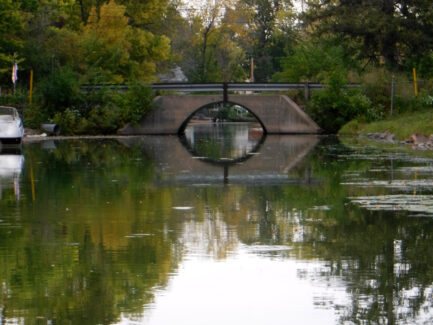 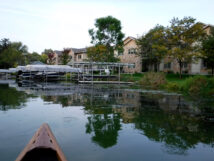 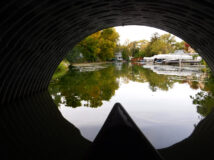 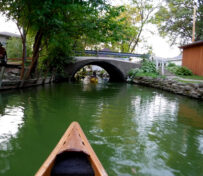 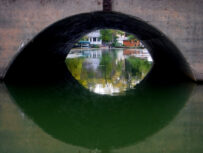 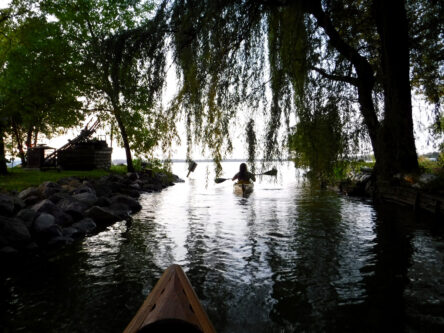 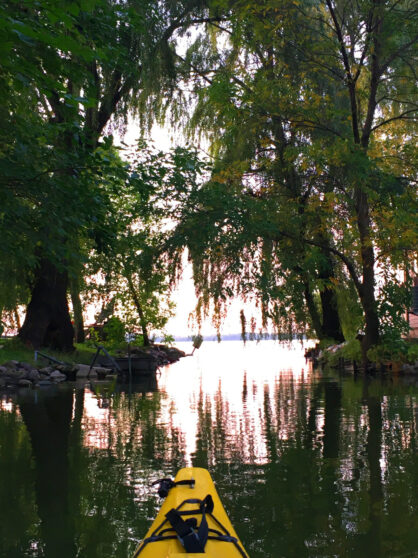 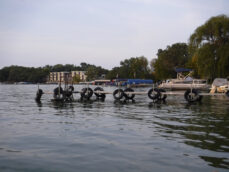 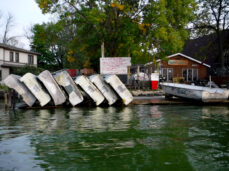 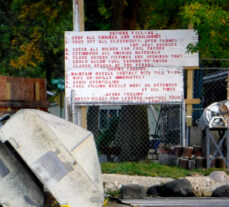 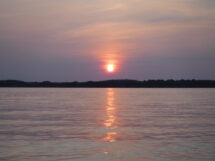 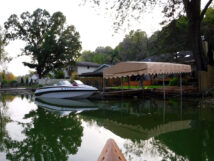 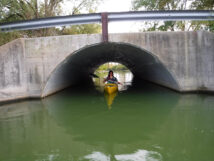 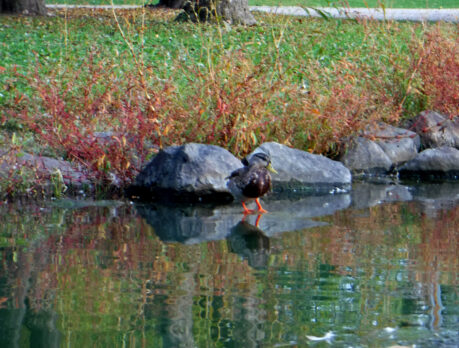 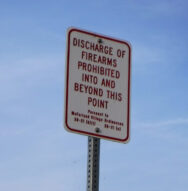 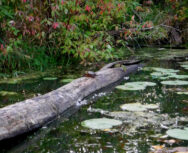 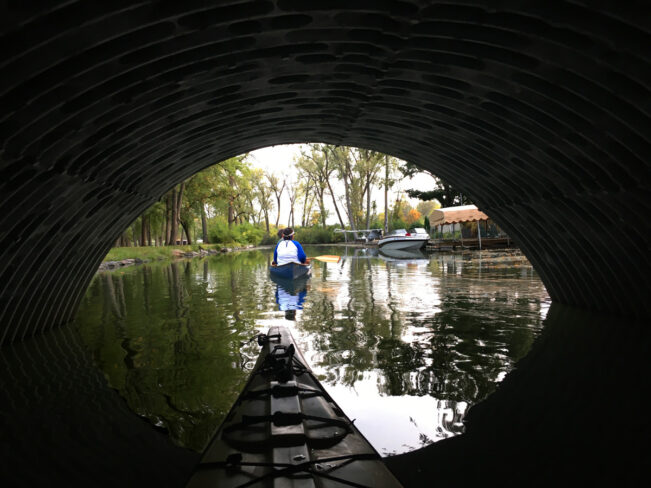 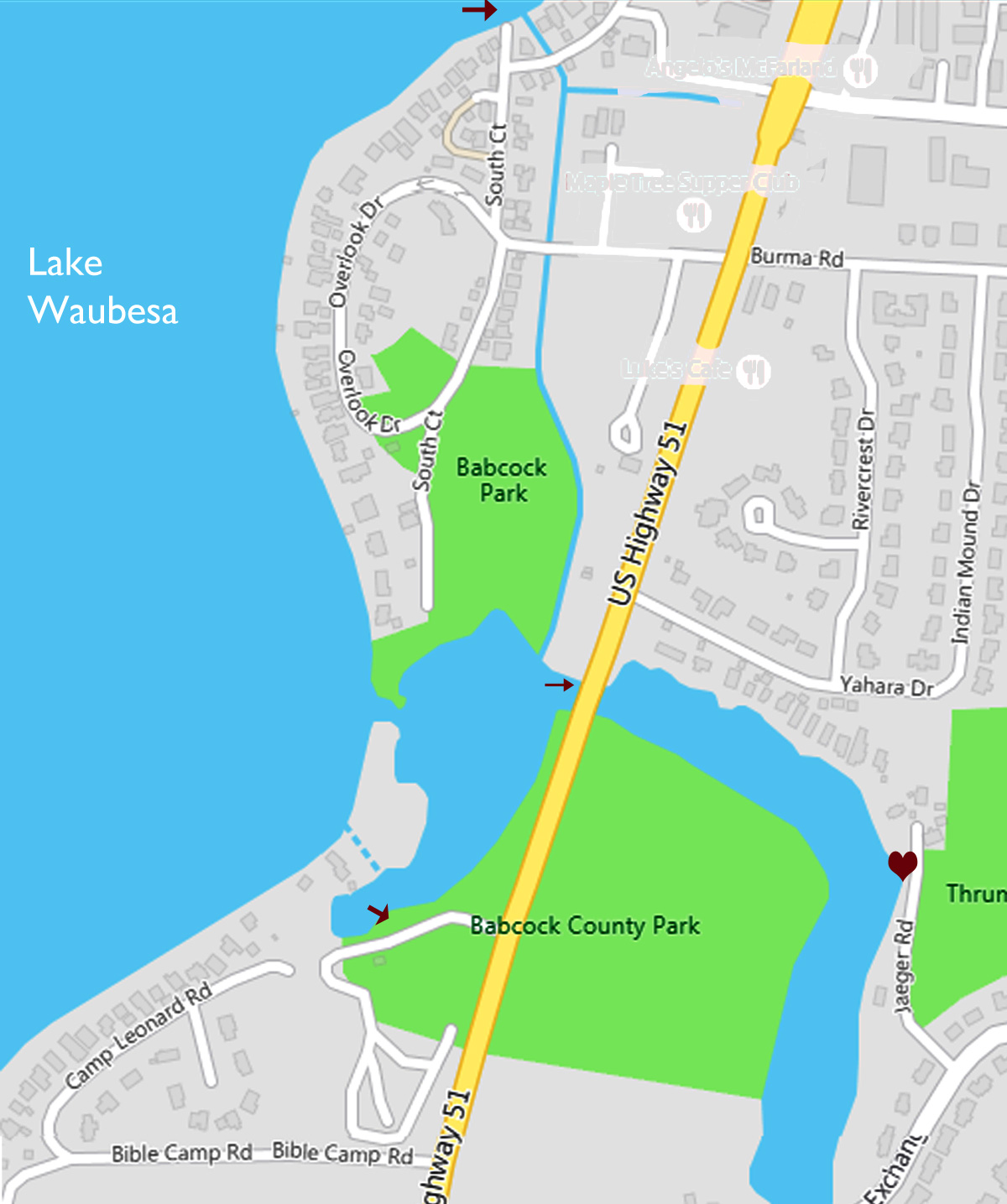