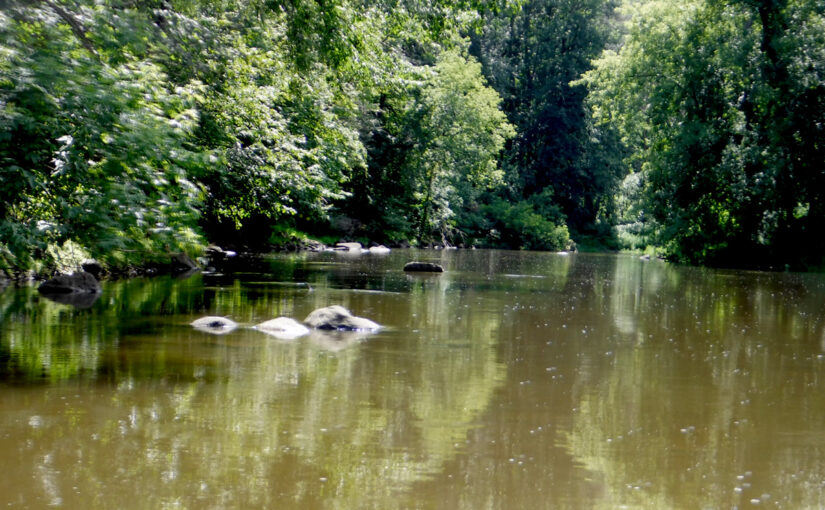 Since Deb had a haircut in Columbus, we took the opportunity to try to paddle farther north than we had last year. This time we didn’t have a time constraint but many rocks under the water had us turning around earlier than we might have. (Take our word for it – Deb’s hair looked marvelous under that visor!)

Astico Park has a sufficient shore landing and a floating dock. We are not much for launching from a dock especially when there is clearly farm runoff in the water.

Flow was 325 cfs at Milford gauge 05426000. We’re not sure if this gauge is a good indicator of conditions around Astico because there is at least one intervening dam. For comparison, flow was 136 cfs when we canoed here in Sept 2021.

We found the Crawfish very similar to the last time we paddled, but this time there were no egrets to distract us. We caught up to a nice couple kayaking and enjoying the day. I should note somewhere that there is very little shade, although in the fall the long shadows might provide some relief.

Once again we were paddling upstream and back – no shuttle. Since the last time we paddled here, we were itching to go farther upstream to see “what there is to see”.

It didn’t take long after our last end point (past the fishing boat dock an hour or so up river) that we ran into what we were calling a “rock garden”. There were some rocks that you could see and many rocks under the water that could not be seen in the brown water until you were about over them. The current got lively in the rock area. At first it was fun to work ourselves around the rocks but then we were thinking downstream might be trickier when we would need to make decisions and control the boat much faster. After we went around “one more curve” decided to turn around and head back. It was even a bit of a challenge to cross the river and park ourselves on the opposite side which we did because the water looked quieter.

Luckily we zipped passed the rocks without incident and were soon in the “no current” Crawfish. It was like two different rivers!

The distance from Madison is about 30 minutes and it was about a two hour paddle which included a 10 minute break. I still would like to get farther upstream but definitely would hesitate. In lower water, we would hit more rocks. In higher water going over the rock garden might be too fast to navigate… maybe we would just be prepared to swamp the boat? 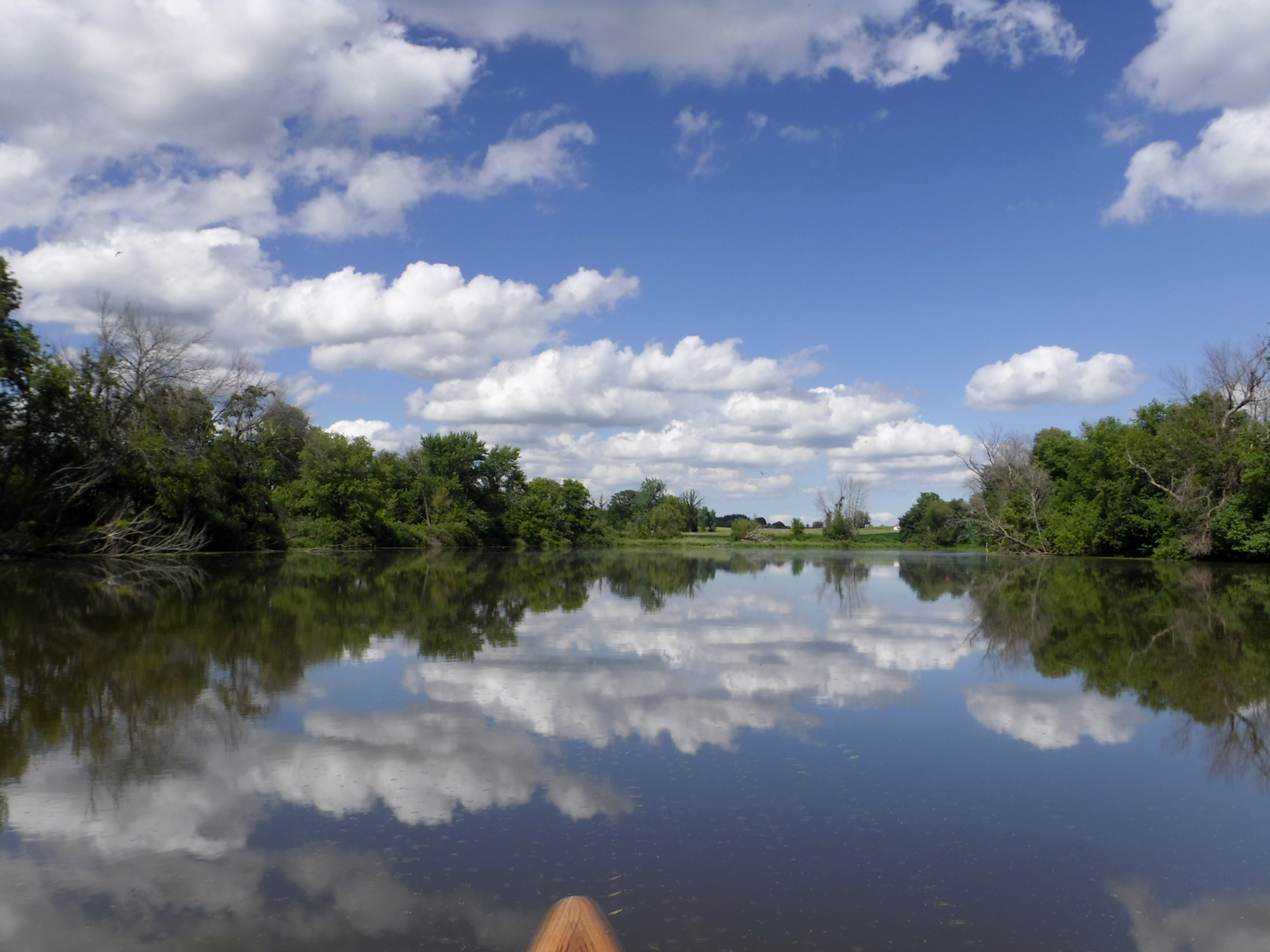 (One of our best reflection photos ever!) 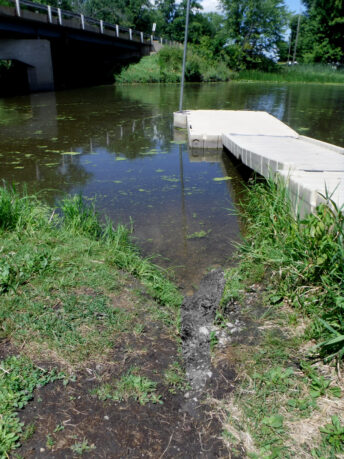 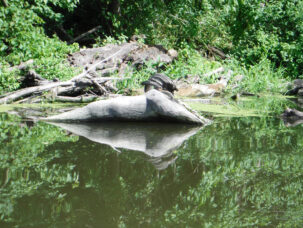 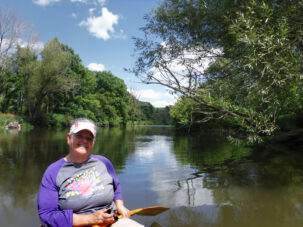 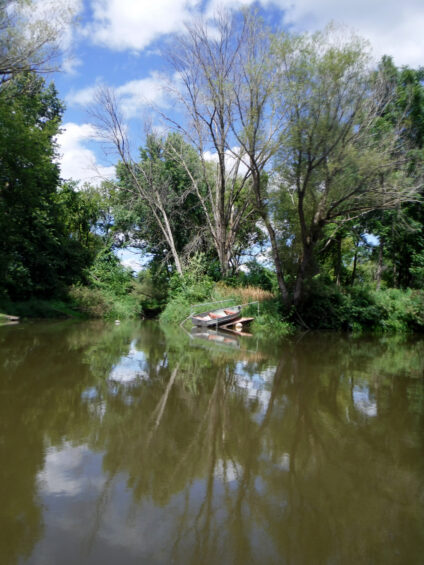 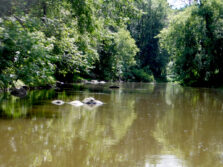 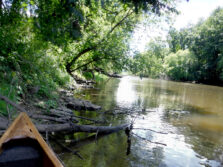 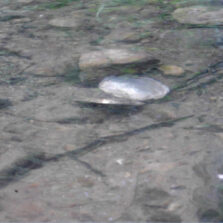 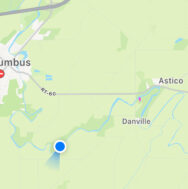 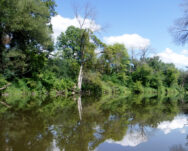 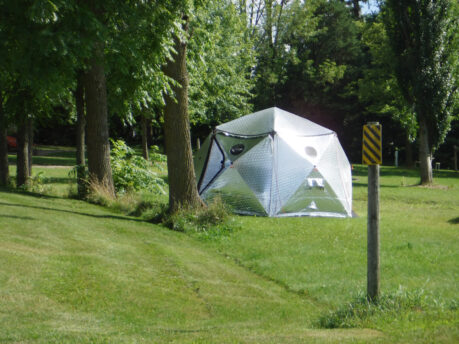 Note for future. This looked like the best place to sign up for a camping spot to enter the river around the mill. We wouldn’t need to actually camp but could gather some friends for a picnic and paddle instead of using the designated canoe launch. It would best to actually go there to check out the water situation before committing to the campsite.