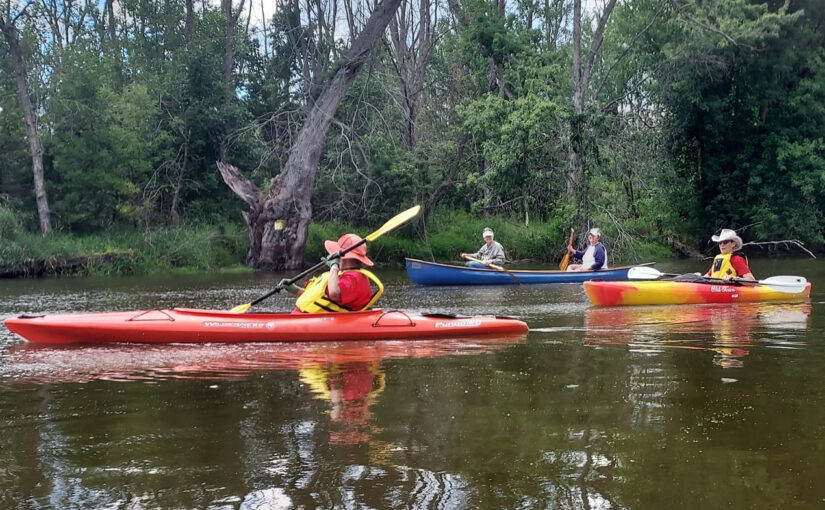 The second paddle this week because of the (finally) nice weather. It was our friend’s birthday and she requested a short paddle that wasn’t too far from Madison.

Instead of meeting Phyllis at the Mousehouse, we met her at a church in Marshall and it ended up being very equidistant. We planned to just check out the oxbow park then go on to Kanow Park, but it was so nice we decided to launch there.

We put in off Highway 16 at a park we call “The Oxbow” but is officially named “Wayside Park.” It’s a very nice place to launch – good parking, bathrooms, and there is a historical marker about highways. Sometimes the water is too low for this launch, but today was perfect. It also can be too high to go under the bridge; we had to duck but it was no problem at all. Flow at gauge 05425500 (Rock River at Watertown) was 920 cfs. This is relatively high, as the median for that date is approx 190 cfs. This is a good level for paddling, allowing an easy launch at the Wayside Park and not too high to get under the River Road Bridge. We’ve paddled this at higher levels and at much lower levels.

Because of time constraints we paddled upstream so we could control how much time we spent on the water. Just as we passed Kanow Park, we came upon a fisherman whose line was snagged on something underwater almost on the opposite shore. With some difficulty, Gene freed his line for him. We turned around shortly after the eagle’s nest.

Just as we were thinking of turning around, we saw a tree full of cedar waxwings! We also saw a beaver lodge although we did not see any beavers. And to top it off we saw an eagle’s nest with an eagle close by – too hard to photograph. Also saw: turtles, shore birds, red-winged blackbirds, heron. 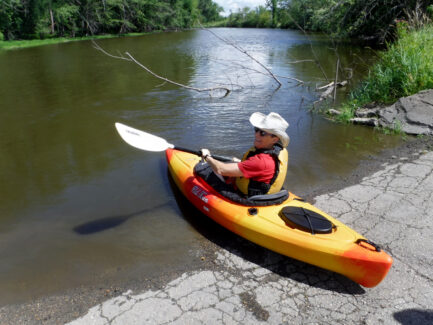 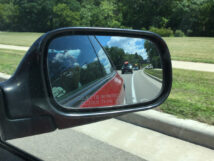 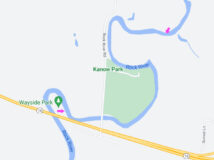 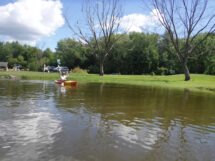 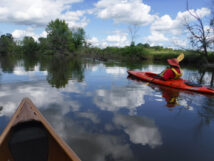 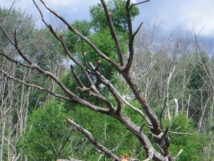 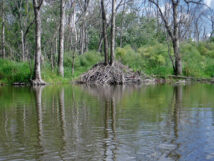 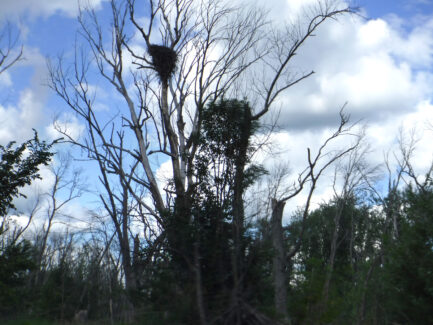 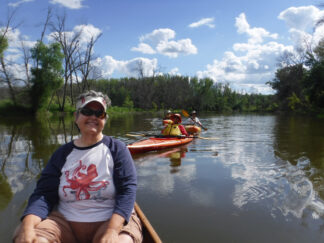 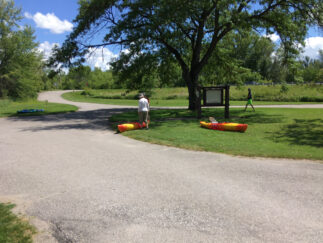