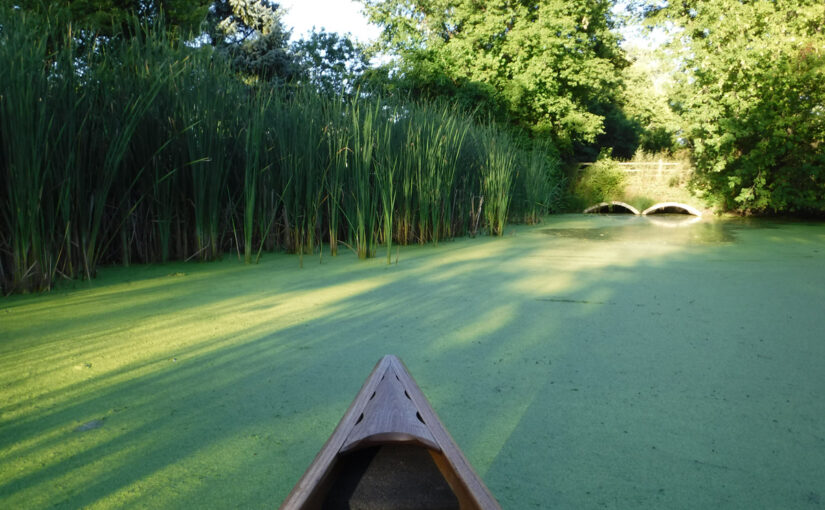 Where to paddle after work? The water was high so we decided to head out to close-by Cherokee Marsh to explore a residential area where few people paddle. We invited Katia, who said she could either cook dinner for us or paddle with us but did not have enough time after work to do both. She likes to cook, and she likes to paddle – this evening she chose paddling.

When the weather person said that this was going to be the last day for awhile that will hit 80 degrees, we better take advantage of it. In early September it stays light until about 7:30, so we have time for a short outing after work. We used to paddle this area more frequently and are surprised that this is the first blog write up! Much of the marsh was explored by us in the past, and we have sometimes launched from Cherokee Park, which is farther north on Cherokee Lake, off Burning Wood Way.

The Cherokee Marsh – South Boat Launch (the name on Google maps) is at the end of a lane which takes off where School Road meets Wheeler Road. Big and small boats launch here. There is a fairly large gravel parking lot, a gravel ramp and a new-ish dock whose design has gotten a few negative google reviews (slippery when wet, no boat tie-offs, submerged in high water). Katia, who had never launched from a dock, used it without difficulty. No facilities.

Cherokee Marsh is part of the Yahara River chain. Token Creek enters at the north end of the march. We have gone upstream a short way into Token Creek in past years, but it’s a long and somewhat uninteresting lake paddle to get there; and, as I recall, it gets somewhat difficult to pick out the channel in the maze of cattails.

The evening light was lovely on the outbound (eastward) leg. On the return trip, the 7 pm setting sun was blinding. We liked seeing the backs of the houses, the gardens and the docks in various states of repair. The reflections, even with the duckweed, were pretty spectacular. There would probably have been less duckweed earlier in the summer, but it wasn’t difficult to paddle through. We were surprised to be able to paddle all the way to the eastern end of the inlet, and there was no unpleasant stench until the very end near the Comanche Way culverts where the inlet gets quite shallow and more clogged with algae.

Before taking out, we passed up the landing and paddled a short way into Cherokee Lake.

We saw: a couple of painted turtles, a green heron, dragonflies, ducks and geese and sandhill cranes in flight. We heard: kingfishers, red-wing blackbirds and a few frogs. 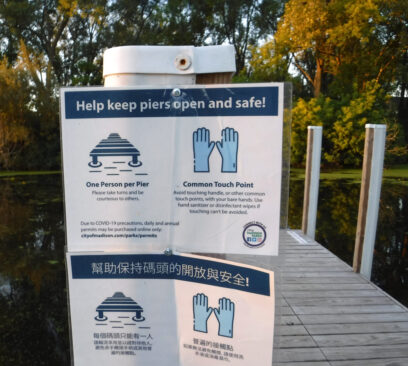 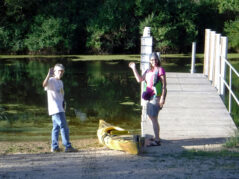 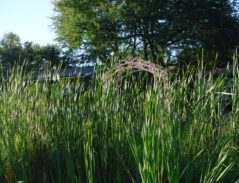 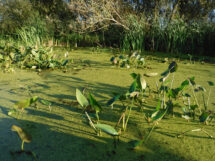 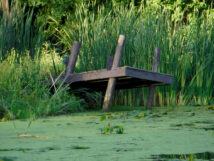 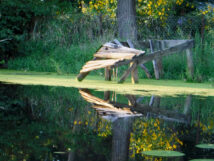 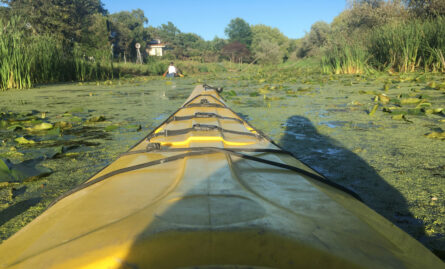 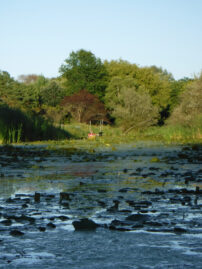 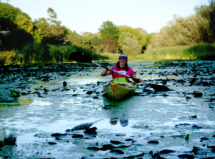 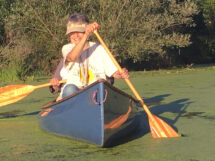 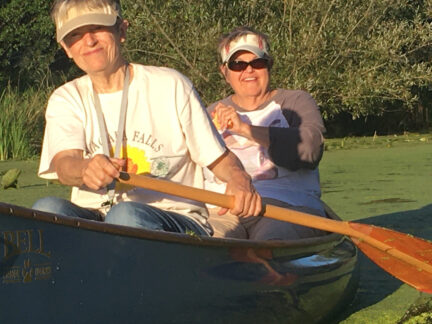 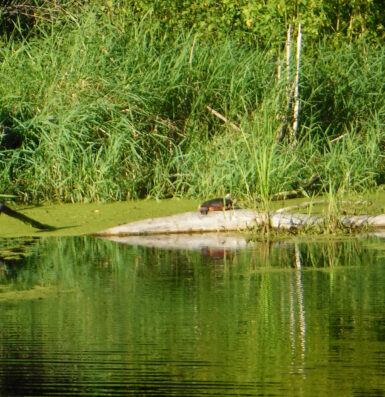 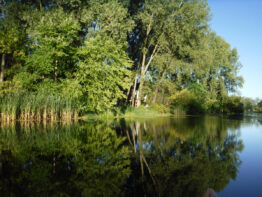 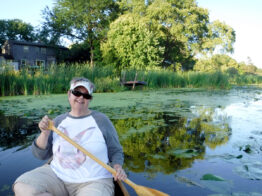 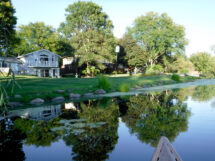 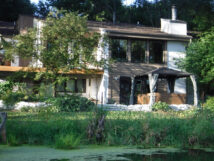 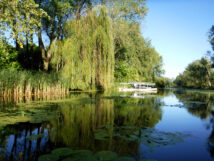 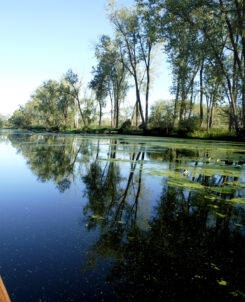 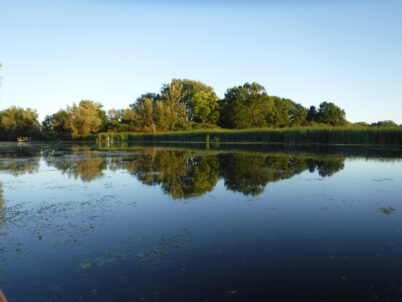 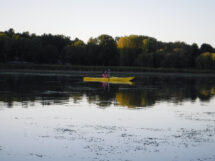 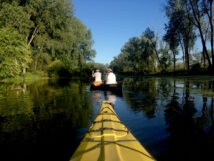 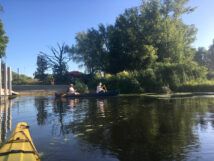 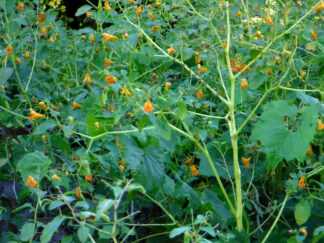 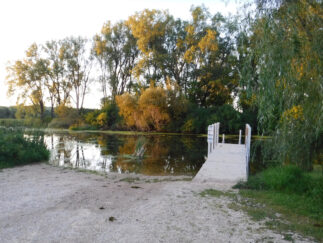 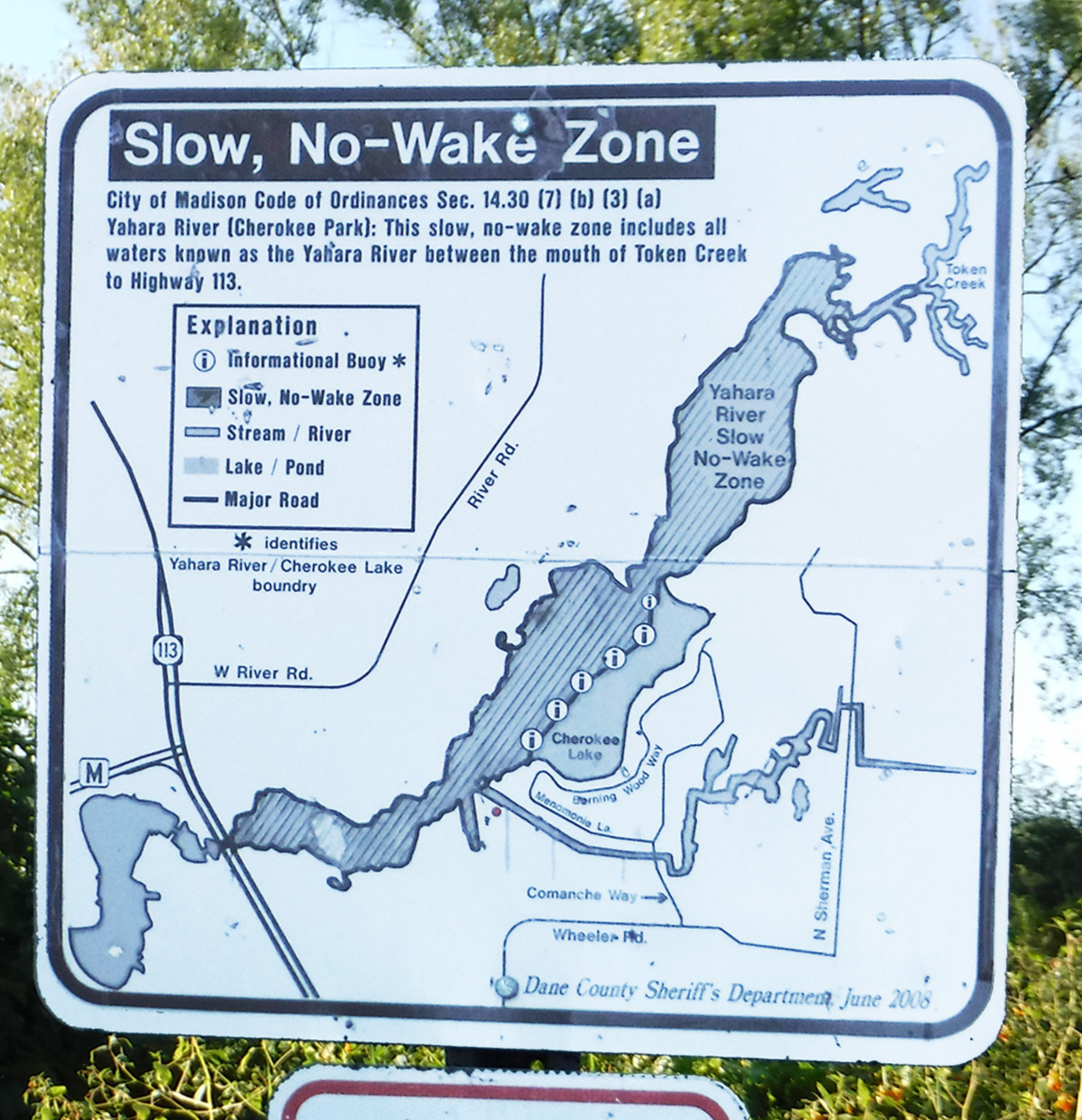