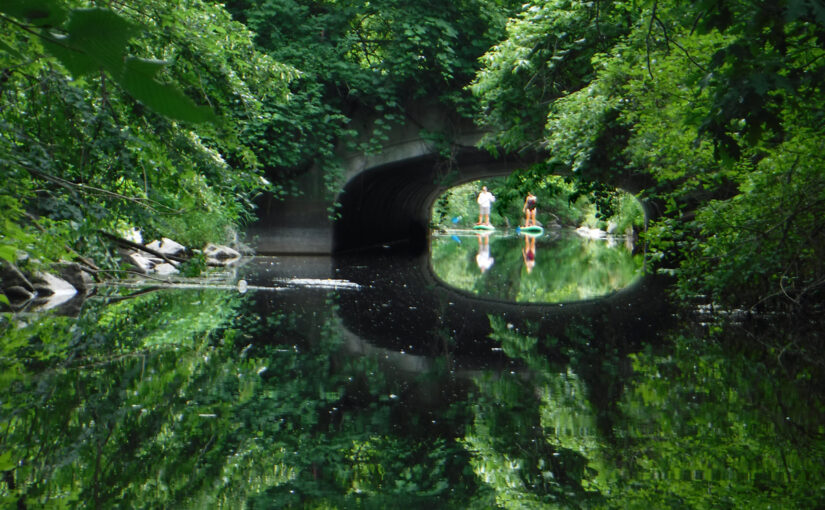 After a drought, some rain cleared out the still waters of our local Starkweather Creek, we decided to enjoy a weekday paddle. The ducks and turtles were really enjoying themselves that day too.

Much the same going on on the creek – see our previous posts. But a pedestrian bridge over Ivy Street was being worked on in that it will be replaced and another car bridge is also being added – soooo many bridges!

There was a blockage about 1/2 mile from “the end” which is at MATC / Anderson Street just west of Melvin Ct. We probably could have gotten around it but decided just to retreat. 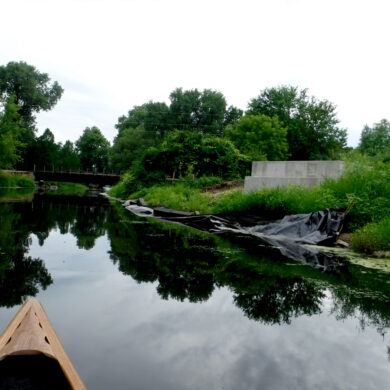 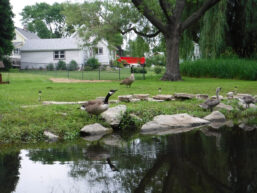 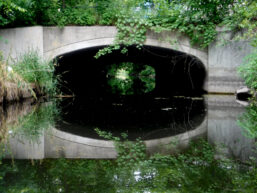 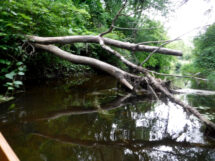 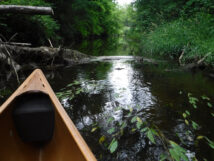 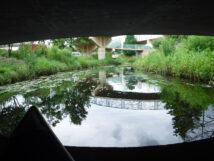 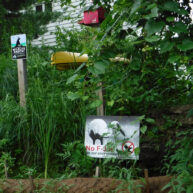 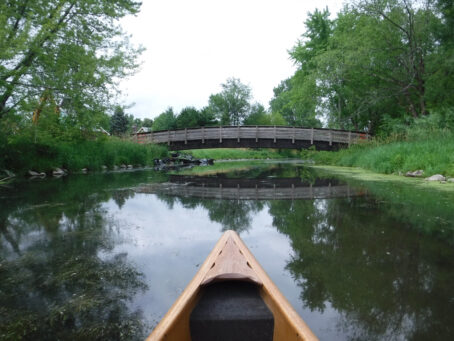 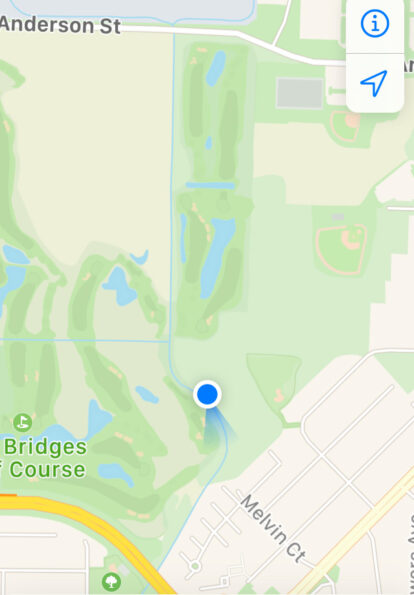 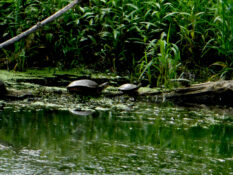 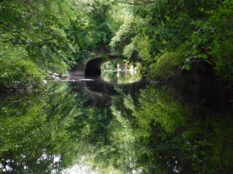 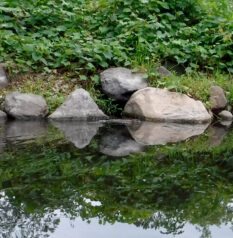 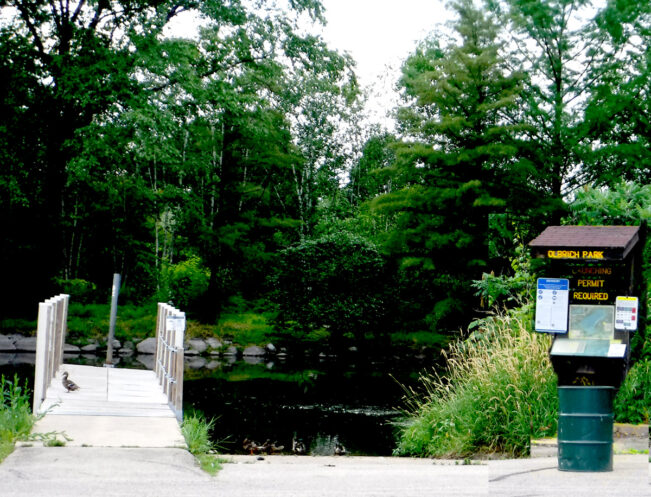 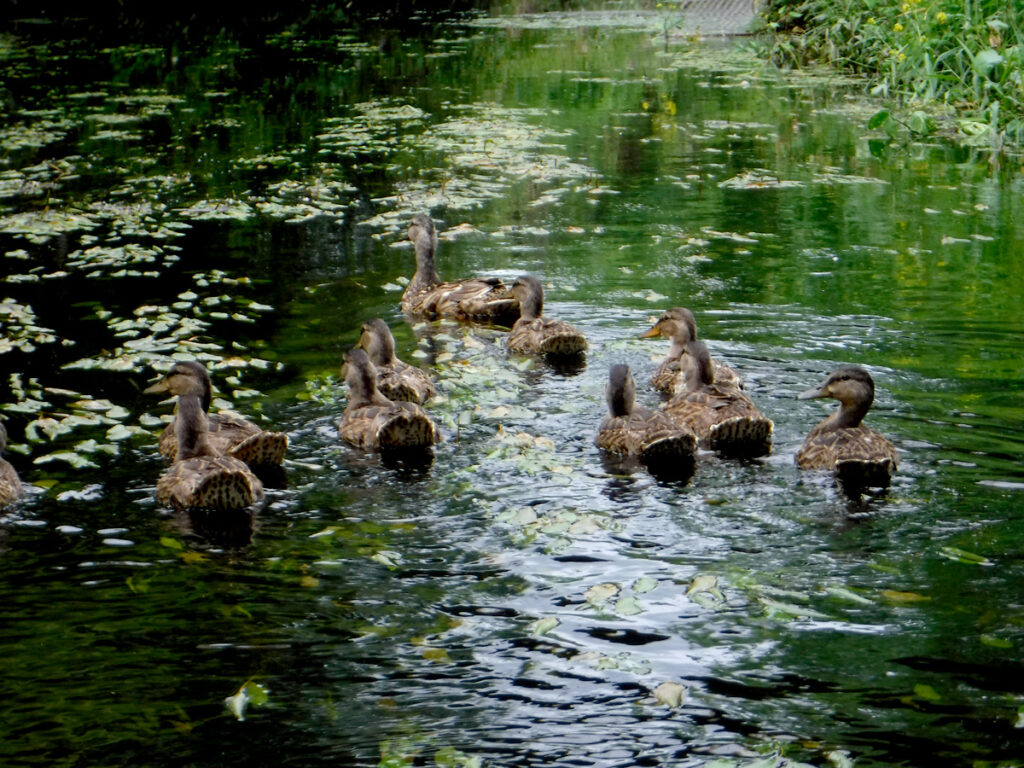 Since 2021 summer started very cold,  then got very hot, then we were in a bad drought – not done as much paddling as usual. We had hoped this would be an activity to shake up the pandemic blues but we have had to use other means. We are fully vaccinated at this point but still masking up and the Delta variant is what is a danger to the world right now.