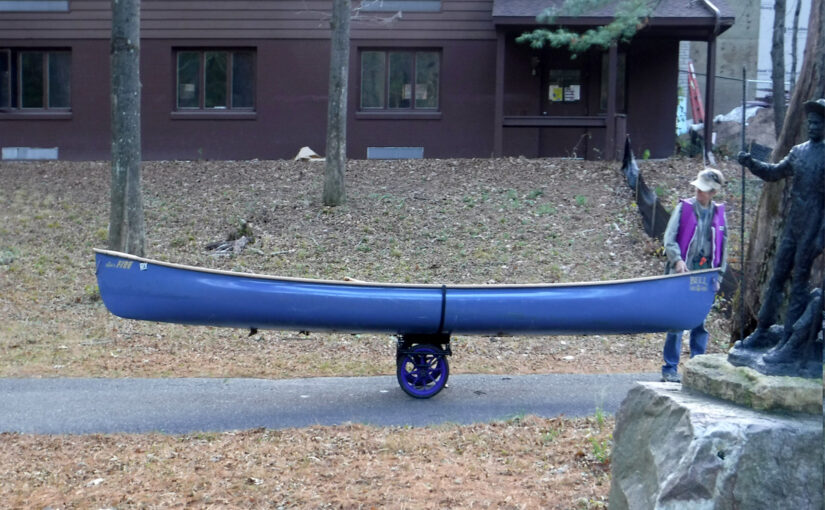 During the Covid-19 pandemic, UW closed Upham Woods to all activity including paddling. But out of the blue they let us know that pass holders were invited to launch their boats.

The requirements to use the launch were as follows:

John Celley, who is the nicest guy imaginable, met us in the parking lot. We all wore masks, of course. The entire Upham Woods facility has changed drastically since we had our orientation there in Sept, 2019. The office building has been demolished, multiple new buildings are under construction, and there is construction fencing everywhere. John’s temporary office is in the dormitory building, and paddlers are allowed to use the restrooms there.

John directed us to a small parking area where we unloaded the canoe, and we were permitted to leave the car there while we paddled since we were the only ones there and since the previous group had loaded up and left. He showed us how to use the boat trailer and led us down the path to the sandy beach put in – about 500 feet or so. It’s always such a treat to be able to launch from a beach.

The atmosphere was peaceful, a welcome respite from the anxious uncertainty about the election results. We inhaled the pine fragrance and took lots of photos of the bluffs and the reflections. The deciduous trees were bare, of course, but the pines are perennially lovely. It was a freakishly warm afternoon, near 70 degrees in November, although we did feel a little chilly from time to time in the late afternoon as the sun began to set.

We headed up into a small new-to-us channel at the north end of Blackhawk Island across “the Narrows” which turned out to be Coldwater Canyon. Flanked by bluffs, it was serene and silent, although a walkway and signs suggested that in tourist season there would be lots of activity here. It was noticeably several degrees colder in the canyon than on the main river channel. At the end of the canyon there was a spooky-looking stone building which is apparently used for dinner gatherings and music programs.

Coming out of the canyon, we paddled into the Narrows and unfortunately were overtaken by a Dells Tour Boat. We had thought the Dells Boat season was over, but we found out that it doesn’t end until mid-November.

Even though the boat slowed down (maybe as slow as they can go?) it generated a scary wake that could have swamped us if we had not been able to tuck in behind a small rock outcropping. There is not only the primary wake to contend with but also secondary waves that ricochet off the walls of the narrow channel. For this reason, the Upham Woods camp staff have stopped taking their campers into the Narrows as part of their paddle program. Those boats also leave a unpleasant diesel smell in their wake. So we hightailed it out of there just in time to avoid encountering another tour boat. A couple in a fishing boat we met also complained loudly that the wake was not pleasant to contend with.

Paddle time was a little over 90 minutes. Put in at 2:45 pm, take out about 4:05, which, since daylight savings time has ended, was getting close to sunset.

wildlife: an eagle in flight, a screeching bird near the Sandstone Pub and Grill (which seems to have opened up for business again), we heard a woodpecker, and we paddled behind a white duck with a dark head just before take out. 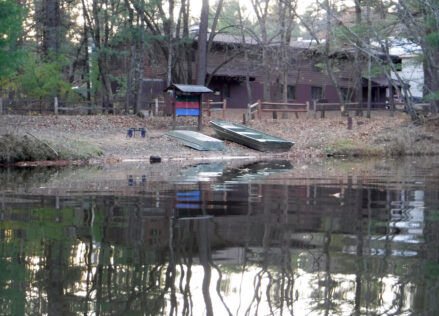 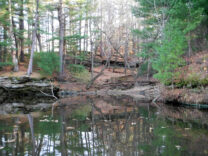 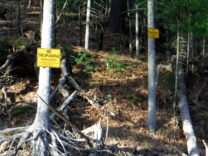 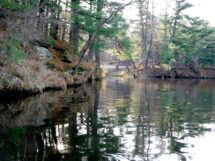 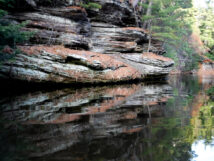 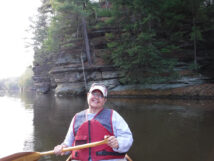 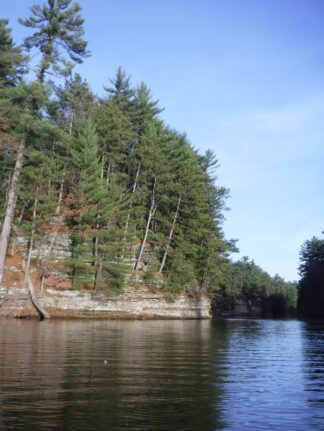 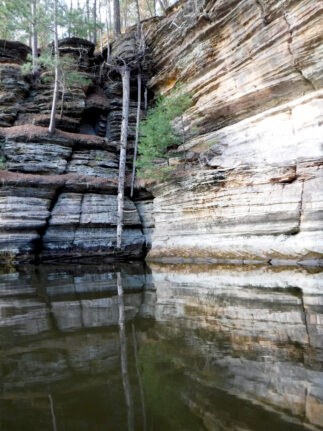 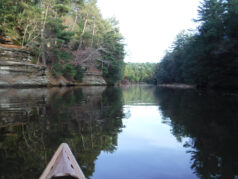 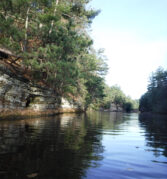 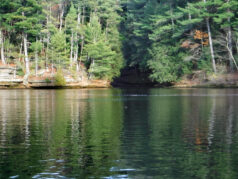 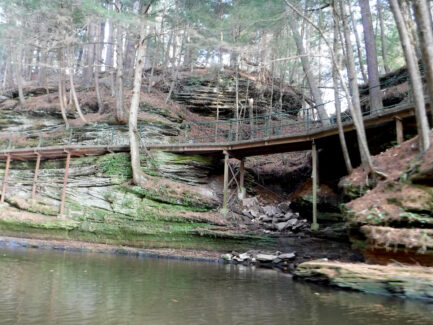 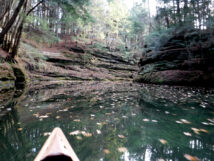 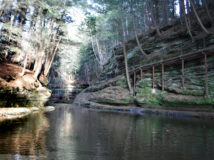 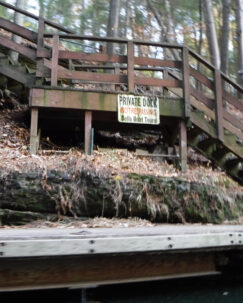 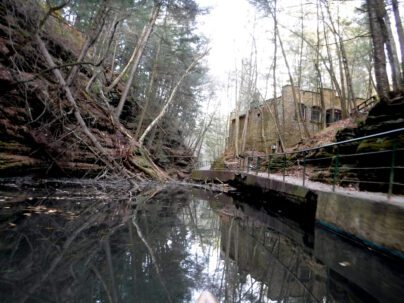 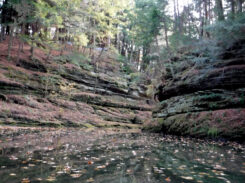 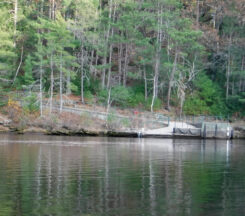 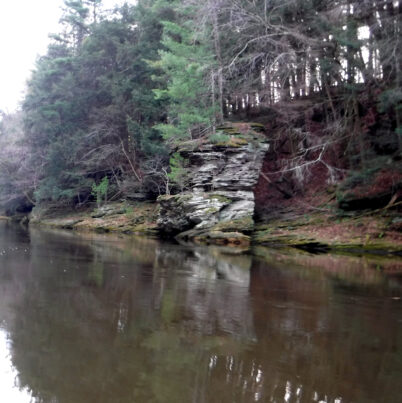 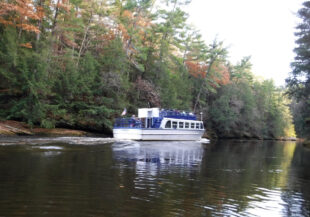 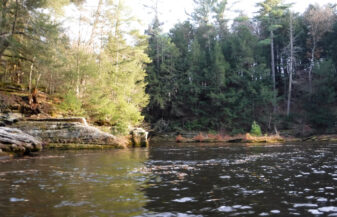 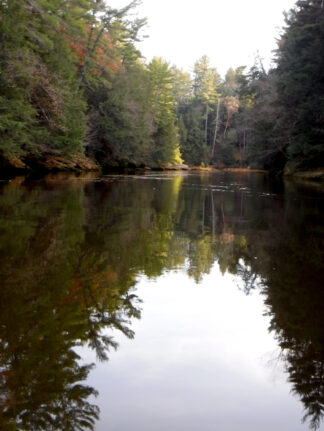 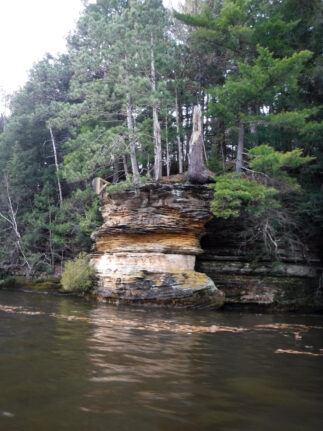 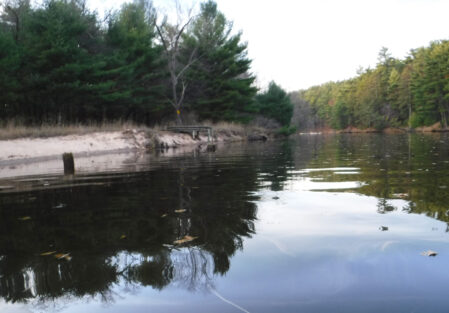 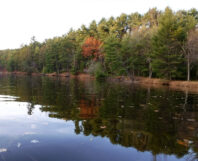 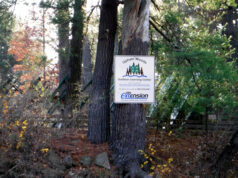 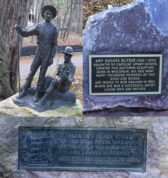 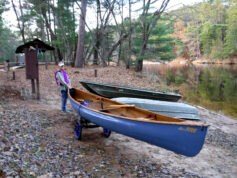 Still blissed out from our paddle – presidential election results

It is noteworthy that about 10:30am the day after our paddle, the election was called for Joe Biden and Kamala Harris! The neighborhood erupted with car horns, fireworks, and people out walking in the warm sun looking very happy and giving big thumbs up. Our neighbors across the street sat in their front yard the entire day holding “Honk for Harris” and “Beep for Biden” signs. We did garden clearout to the joyful sound of car horns and a profane “F— donald trump” rap blaring from a loudspeaker down the street, which stopped a couple of times when police came but would start up again shortly after they left.

Naturally, Deb found a $20 bill under the leaves as we cleared out the zinnias and verbena. We invited Katia over for a toast. I went to Woodmans to procure Prosecco and encountered liquor lines even longer than before Packers games. Deb’s fraught email software update went smoothly after several days of angst; and I was able to use my debit card to get cash when, after not using it for a year, my PIN number suddenly came to me.

It was a very good day! 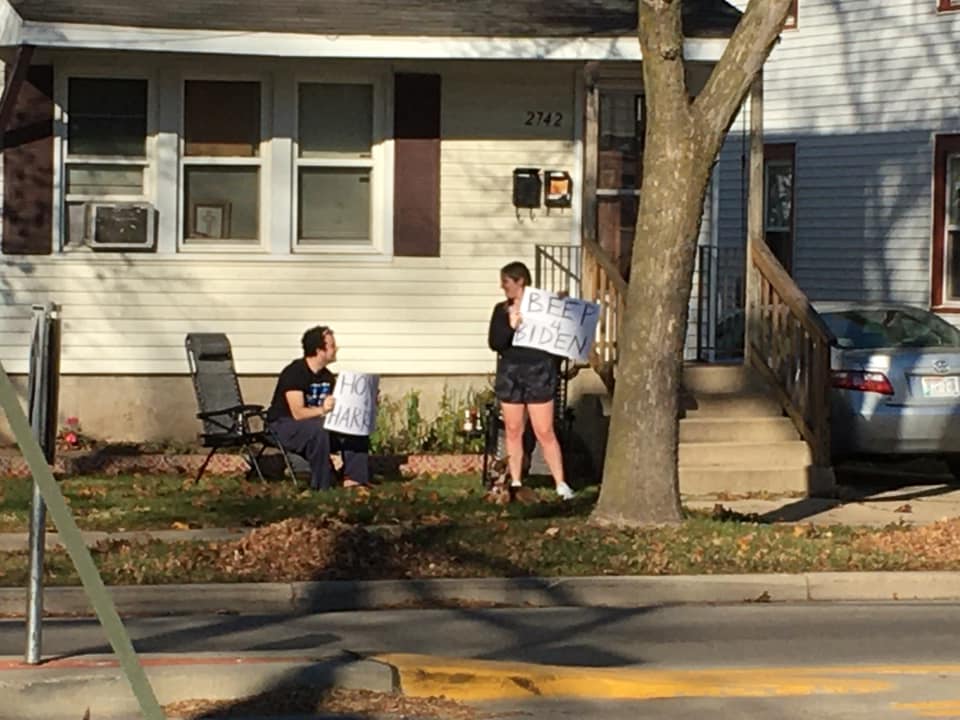