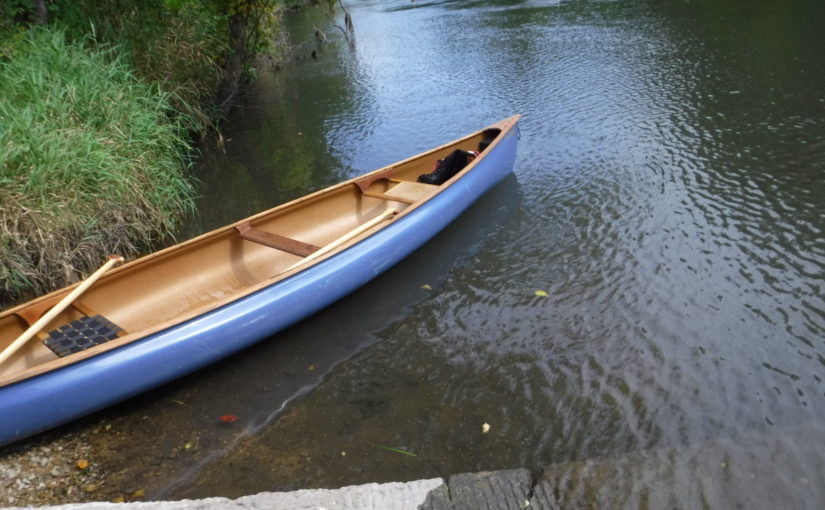 Last week we paddled the Sugar from Albany to Sweet Minihaha Campground with hundreds of tubers. This week, paddling upstream from Avon Bridge (Station #5) and back, we had the river to ourselves.

On a beautiful early September Saturday, we decided to check out another segment of the Sugar River Canoe Trail. We changed our route at the last minute to avoid UW football traffic, missed a turn in Stoughton and had to do some backtracking, and couldn’t use our preferred Highway 104 due to road closure at Brooklyn. Thus, the drive to Avon bridge which should ideally take 58 minutes, took…much longer.

There are some great signs at the landings along the canoe trail – apparently new, according to a chatty biker we encountered at the Avon Bridge landing. The landings are called “Stations,” numbered from 14 to 1, going downstream from Belleville to Two Rivers.  It would make more sense to start #1 north instead of south but they didn’t ask us. The Avon Bridge landing is Station 5.

Brodhead gauge #05436500 – 443 cfs – >90th percentile. Median for this date is 235 cfs. We decided this is the highest cfs we should paddle on this stream, especially if paddling upstream is required.

Avon Bridge landing is a little hard to find. The turnoff to the roomy parking area is at 17305 W. Beloit Newark Rd. Traveling west, if you get to the bridge you’ve gone too far. There is a concrete landing and a picnic table. No bathrooms. There were several pickup trucks with flat trailers attached parked along the road by the bridge. We don’t know why they were there or what they were towing. 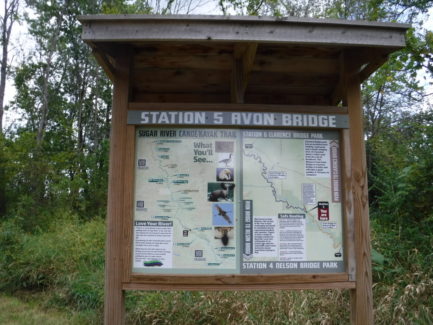 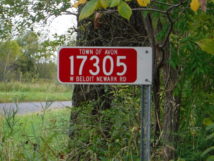 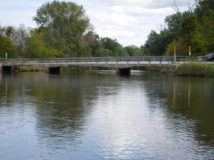 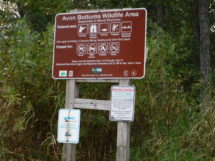 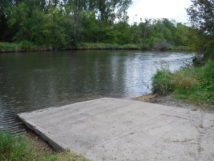 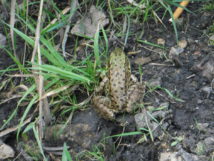 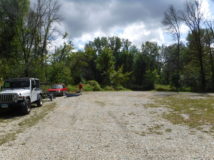 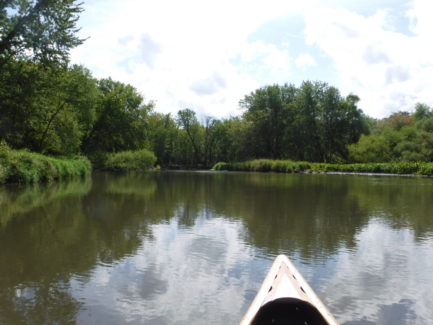 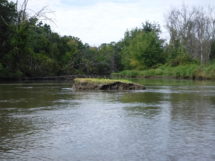 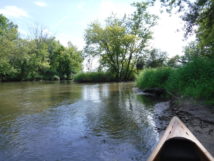 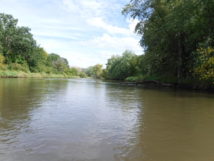 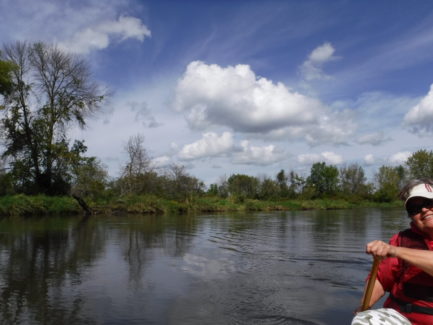 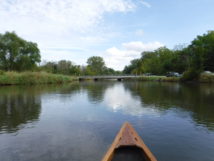 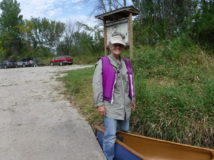 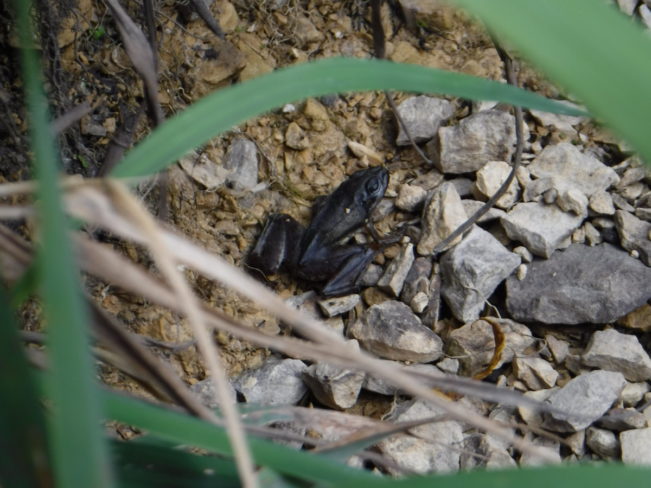 The current was a little swifter than we are used to, and it was windier than we expected; but we decided we were up to it. Just above the landing, you pass under the Avon Bridge  (Beloit Newark Road). The river here flows through Avon Bottoms Wildlife Area, so the banks are mostly wooded and isolated. The river is twisty, with scattered limbs and deadfall in the water but easy enough to avoid, and wide enough where we were that obstructions would be unlikely.  The river bottom is sandy and sometimes visible when the depth is shallow. In lower water levels, one might get hung up on sandbars.

On the upstream leg, we went right at a fork about a mile from the landing, ending up in a blind channel. No harm done, but note to self – take the left fork at the tiny island.

We tired out after paddling about 40 minutes upstream, often against the wind. Our turn-around point was about 1.25 miles upstream from the landing. Floating back to the put-in/take-out took about 30 minutes.

Wildlife: many frogs at the landing, kingfisher, cedar waxwing, swallows, a great blue heron, jumping fish. Reportedly, there are cerulean and yellow-throated warblers and yellow-crowned night heron in this protected area, but we didn’t observe any.

And then there was a pig: on the drive home, just north of Brodhead, we came upon a very large pig which had apparently escaped from a nearby farm. A frustrated man – with no help from the pig, his giggling children, or slightly lame dog – had roped the escapee and was struggling to coax it back to where it came from. The pig was not having it.