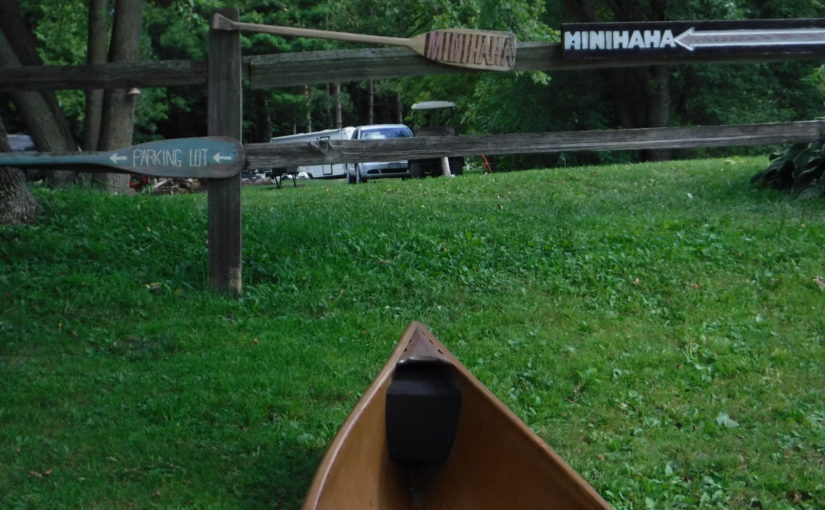 The day was sunny, in the mid 70’s with little wind when we paddled Sugar River Station 11a to 10. We knew we would share the river with some tubers, but we underestimated their numbers. Fortunately, they were well-behaved for the most part, even though a lot of alcohol was being consumed. One set of tubers had an inflatable bull to ride.

Our friends G & S were the motivation to paddle the Sunday of Labor Day weekend. We hadn’t paddled the Sugar River since 2010. (It didn’t go well –  stinging nettles were involved.)

The drive to the put-in from Madison took a little over an hour – should have been about 50 min but we ran into an unexpected road closure at Highway 104 which required a long detour through Evansville. This short paddle is 3+ miles.

S & B Tubing in Albany, just below the dam. There is a small parking lot, which was full, so it was a little tricky finding a place to park the cars long enough to unload the boats. This nice public landing has porta-johns and a concrete ramp, but it was so congested with tubes launching that we used an alternate put-in a few feet downstream. This required carrying the boats around a tight turn around a fence onto a concrete walkway down to the rocky river bank. The rocks were fairly easy to walk over, and even though the current is a little swift here just below the dam, we didn’t have much trouble launching.

We used the take out downstream left at Sweet Minihaha Campground. There is a $2 fee per person to take out here. Park in the lot by the entrance to the campground, and get your wristbands and parking passes at the office before the paddle. On the river, the take out is marked by a big sign with a bad font (see photo). You can’t miss it.

Note: S & B tubing also has a private takeout about 10 min past the Sweet Minihaha landing. Fee to take your own boat out there is $15.

Albany to Sweet Minihaha takes about 7 minutes each way. Add time for paying fee in office. 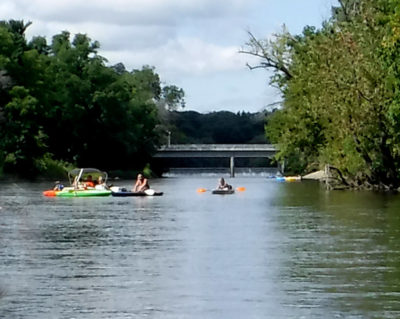 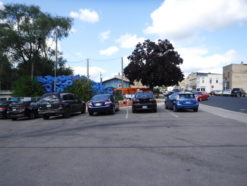 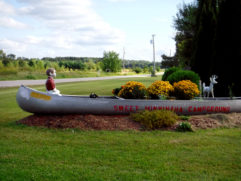 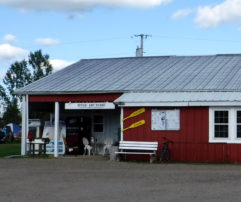 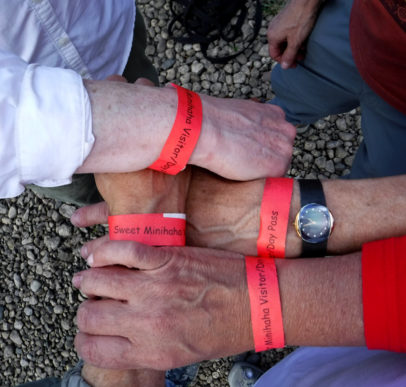 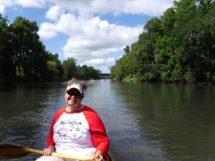 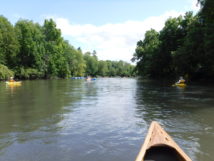 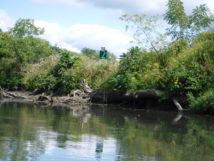 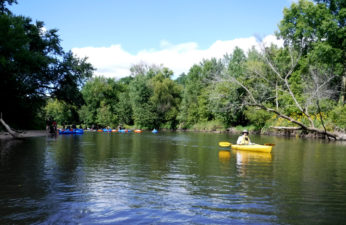 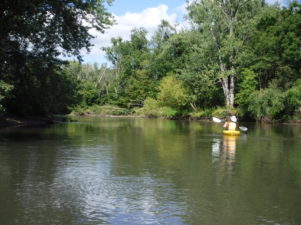 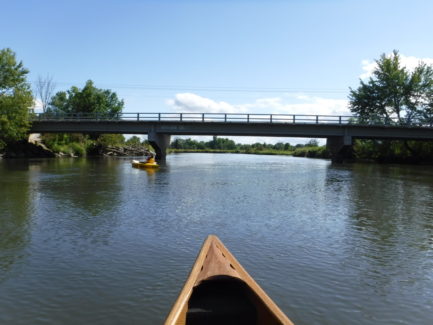 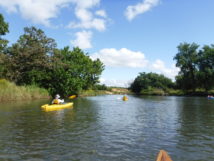 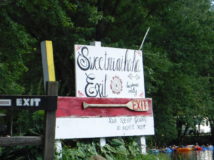 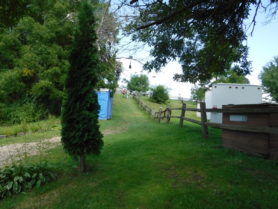 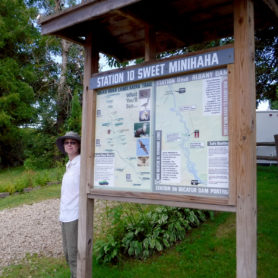 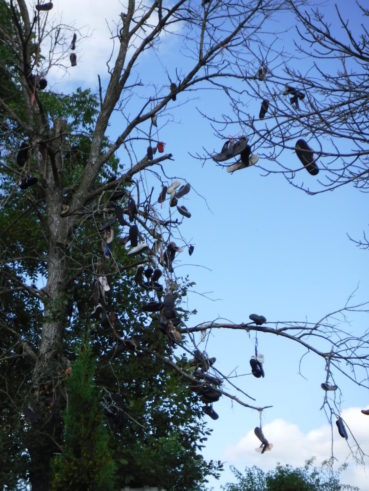 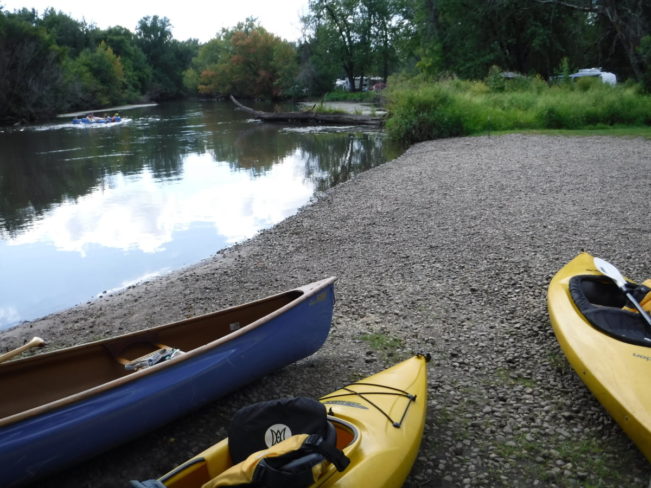 We launched at 2:30 and floated leisurely with the gentle current. The only maneuvering required was to avoid the tubing groups and occasional rocks and limbs. The setting is rather isolated and pretty once out of Albany. We took out at about 3:45. The camp staff let us park our cars on the landing to load our boats because they weren’t too busy at that time. We all agreed it was a somewhat different paddling experience because of the tubing groups, but it looked like they they were all having a great time; we might try this ourselves sometime. A good time to paddle this short segment might be a late summer or fall weekday evening when you might just have the river to yourself.  It would be a good idea to ask both tubing operations when the last tubes launch in order to avoid them at the end of the day. See: Sugar River Canoe/Kayak Trail

Wildlife: an eagle flew down the river at the landing, a couple of vultures. Otherwise, the non-human wildlife was scarce.