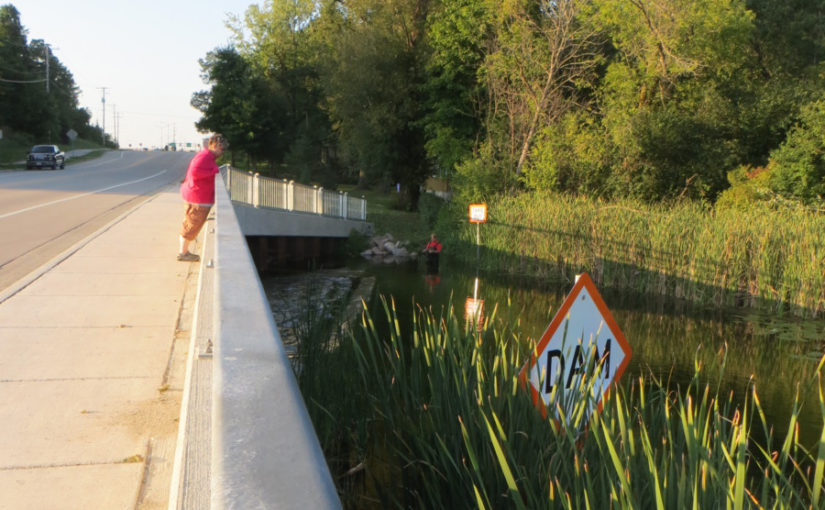 Somehow we didn’t get to the Lower Nemahbin in 2017 so we were twice as delighted to go back there on a weekday before the multitudes arrive for Labor Day.

The floods of this summer of 2018 made choosing paddling destinations require extra care. On this day we chose well, the water was high but not too remarkably so on this lake. The place the high water was most noticeable was near the dam, which was reconstructed since our last paddle.

Parking and choice of launch

There is a well-marked DNR parking lot on Sugar Island Rd in Summit, WI. There must be some turf wars going on in this town regarding the boat launch. The nice sandy launch is “private” and you get a strong sense that they want you to launch off the tiny dock in the reeds.  Instead we use the beach, taking much care not to be there any longer than necessary. We take a back seat to anyone using the area and are ready to apologize if we ever do get called out. Usually everyone is very friendly.

The paddle & the new dam

The water is still nice and clear. We paddled into the reeds which is actually the Bark River making its way through the lake. The current pulls you along; not much paddling required. The water took our boat right to the dam. Just before the bridge, the current was pretty strong. I had the idea that it would pull us right over the dam so I grabbed onto the reeds until we turned around.

We didn’t want to go to the upper lake and we didn’t want to spend time going around the entire Sugar Island, so we followed the western shore to see what there is to see. We had not done that before. There are some nice houses / cottages along there with neatly-tended gardens and sloping lawns that we are glad we don’t have to mow. The end of the lake was a stand of reeds. We just turned back around and meandered back to the take out.

Afterward the paddle we parked along the street and walked to the bridge to see what the newly-configured dam looks like – as in, did we miss anything? The dam used to be more of a chute or had a chute along side it that brave boats could go down. Now it is reconstructed to more of a traditional dam. The water was  actually higher than the dam so the current COULD have sucked us through. Glad we trusted our instincts and turned around!

Many people paddle under or portage over the bridge to cross the street in order to take a spin on the Bark River, so we were surprised and disappointed that they made a kind of a reluctant path to portage around it. Maybe the people that do have plastic or aluminum boats.

The other side of the bridge from the dam, the flow looks great – calm enough for the likes of us, but the boulder put-in would be hard for our kevlar canoe. I’m really not sure how we would enter there except to walk in up to our thighs and scramble into our craft.

We had a very nice conversation with a fisherman at the bridge/ dam. We watched him exit and crawl into The Bark in his big boots and waders. He gave us complicated directions to another place to paddle close by … in the end we remembered ” go past Walgreens…”  We’ll have to look it up on a map in search of clues… oh, and “Folgers” lake or “Fowler” lake maybe? 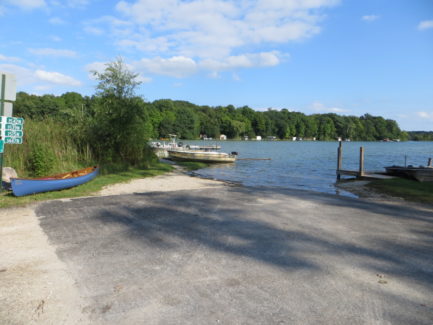 Lake Nemahbin launch area is private but no one ever hassled us about using it. If they do, the DNR dock is close by. 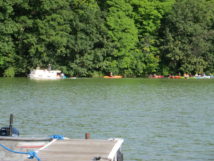 Sugar Island is in the middle of the lake, sometimes we paddle around it. There was a kayak party going on! 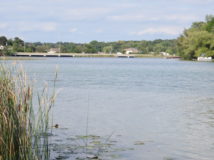 The Upper Nemahbin is on the other side of the expressway. Kind of weird paddling under that bridge… we stayed on the Lower on this day. 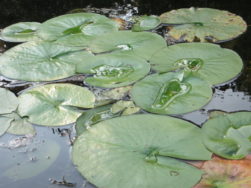 Nice sunny day. It’s going to rain for 8 days after this! 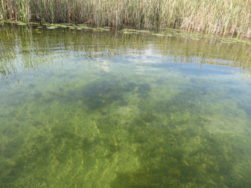 The water is shallow and still very clear. We saw some nice fish. 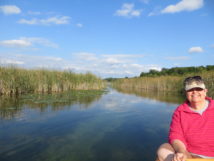 The Bark river flows through the lake. You ride the current while looking for fish in the clear water. 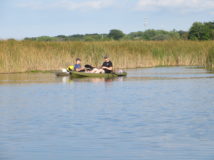 We saw plenty of fisherman having a great time. One guy caught a 17″ bass. (Not these guys…) 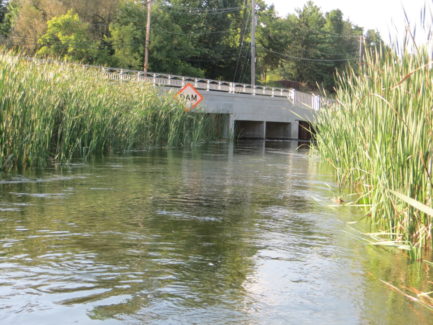 The pull of the current was really strong here, I was worried we’d get pulled over the dam! I kept hold of the reeds until we turned around. 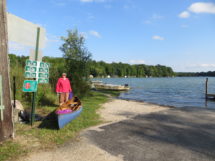 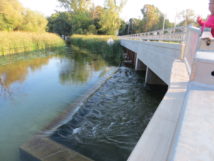 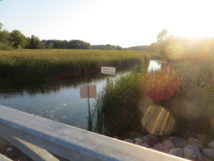 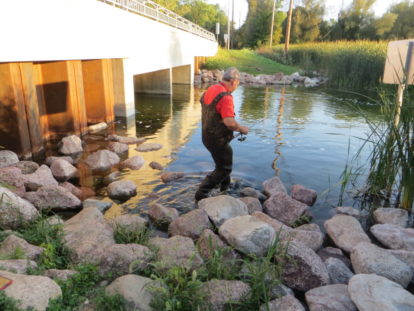 If you portage around the dam, the put in is all ROCKS 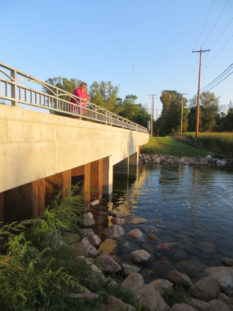 I don’t think we would put in on this side 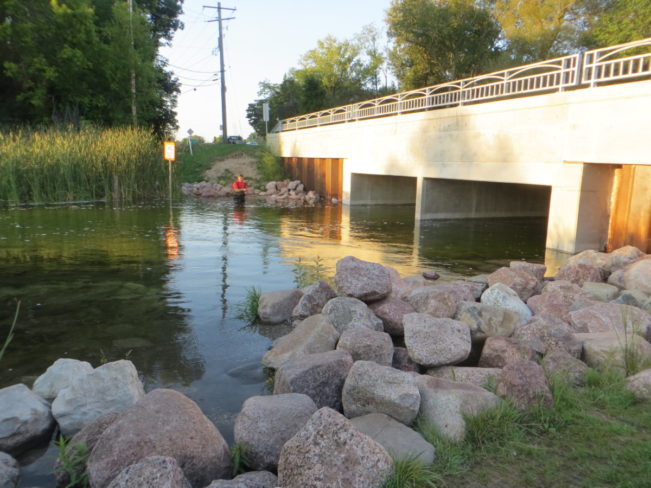