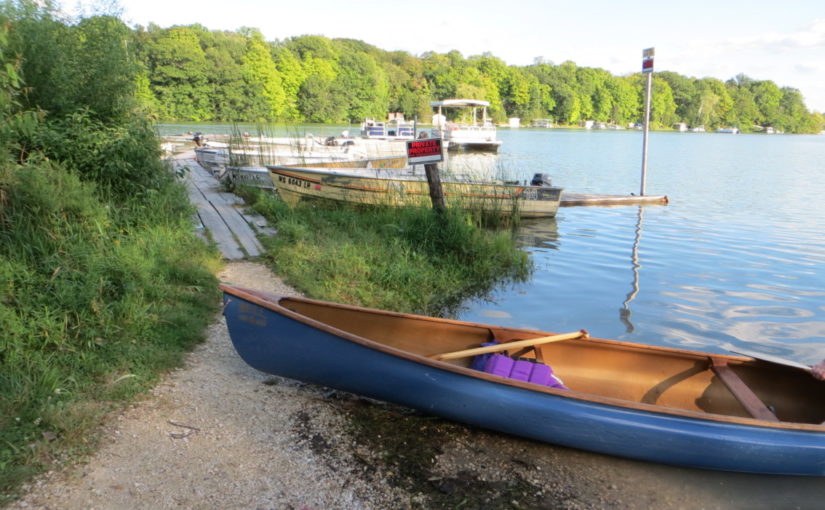 Lower Nemahbin Lake is enjoyable because the water is clear; big boats are usually not a problem on weekdays in the parts we like to paddle; and in the channel among the reeds north of the public landing, the Bark River provides a gentle current. We chose a sunny, not-too-hot, mid-July, mid-week day. There is a parking lot and a private boat ramp and public dock off Sawyer Rd. So far, the local residents don’t seem to mind that we launch our canoe from their ramp. We are not experienced at docks and tend to avoid them. One man was throwing tennis balls to his two labs at the ramp. He was very friendly and kept his dogs at his side while we launched.

We encountered a couple of annoying wave runners in the narrow channel among the reeds, but otherwise it was the usual leisurely sparsely-populated float back to the outlet of the Bark River at Sawyer Rd. The bridge is being replaced, and there was a lot of construction equipment and noise. We’ll see next summer if there are any changes to the small dam here and if accommodations are made to make it easier to continue down the Bark. We’ve watched paddlers try to run the dam or drag their boats up the bank and across the road. Apparently it’s considered doable.

Along the channel leading to the egress of the Bark River, there are several homes and docks. We passed a man repairing a canoe who told us he had been repairing boats for 30 years.

Wildlife: we see lots of fish in the clear shallow water.  Otherwise, we haven’t seen much wildlife here except for red-winged blackbirds which have nests in the reeds. 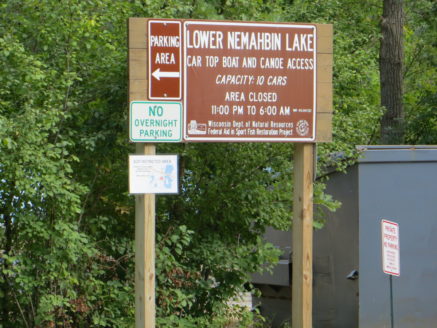 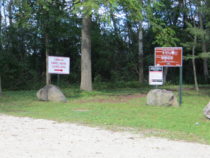 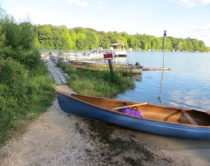 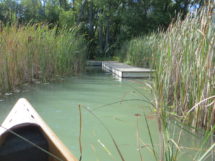 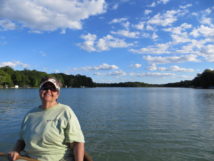 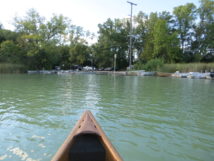 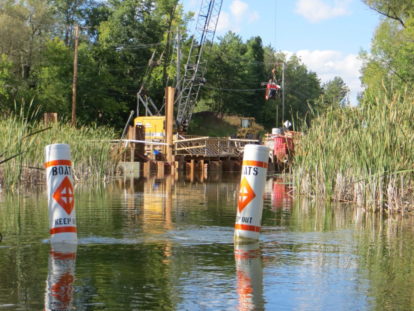 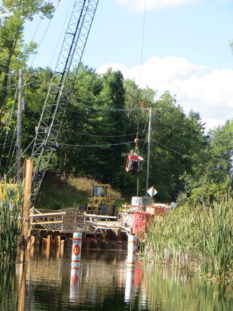 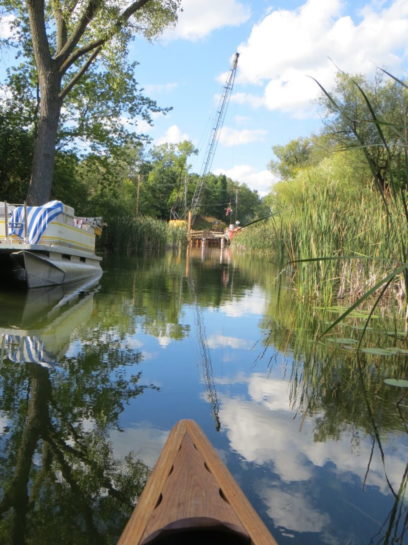 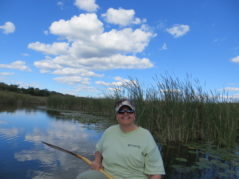 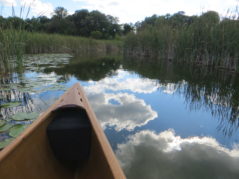 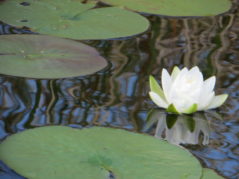 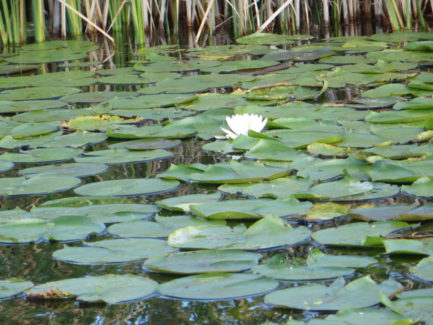 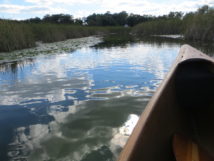 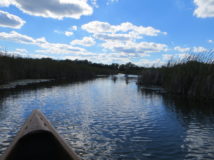 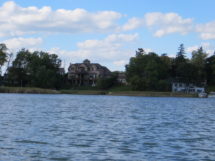 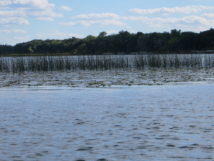 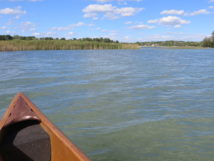 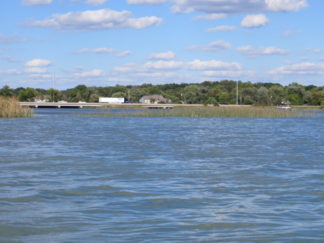 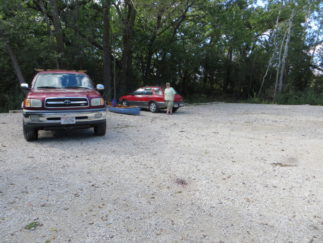