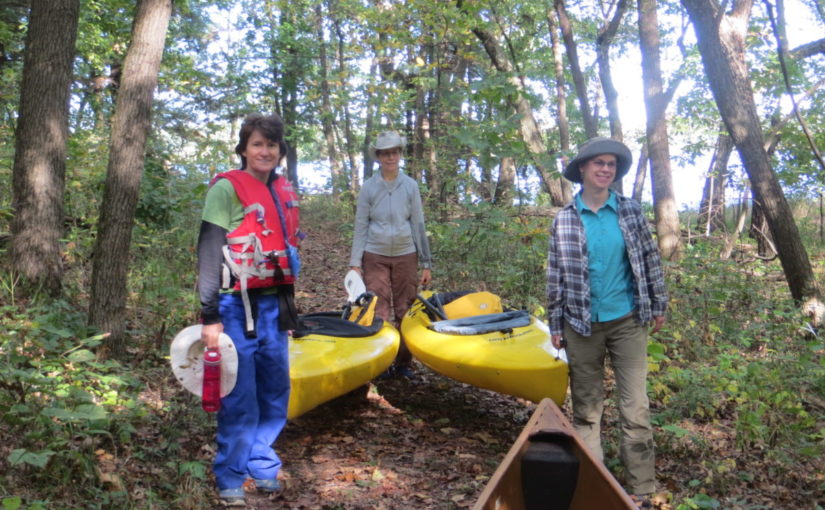 The third time we have won Ice House Getaway on Louis Bluff, in the River Alliance Auction. This time we were playfully trying to push the bid up and accidentally won! The Weinhold family offered a 2-day stay in their Ice House cabin on the Wisconsin River to the highest bidder to benefit the organization. With their permission, we invited several friends to paddle the Wisconsin River with us, take out at their private beach on the bluff and then have a picnic in the riverside gazebo. This land is private (not rentable) and part of a nature conservancy so it will not be developed into a tourist attraction in the future.

Initially, we planned the trip for the previous weekend but postponed it a week due to heat (nearly 90 degrees – 4 daily records broken) and wind. The weather for our paddle was perfect-temps in the 60’s, sunny,  with manageable wind 6-10 mph on the river.

About 15 minutes from Louis Bluff (Teisberg on the GPS), to the Two Rivers Public Landing off Cliff House Rd at the confluence of the Lemonweir with the Wisconsin River. It is a very pretty drive.

After last-minute visits to the porta-john and the obligatory group photo, we launched at 1:20. The headwind and crosswinds made us work fairly hard at paddling at times. We couldn’t just sit back and float! Because the water level was lower than on previous paddles on this section, we had to pay attention to our route to avoid getting hung up on sandbars just below the surface. We meandered back and forth from one bank to the other several times which meant we got to see close-up the beautiful sandstone bluffs on both sides of the river.

At the end of the trip, we entered Heron Bay at the north end of Louis Bluff which is sheltered from the wind. We paused to take in the awesome sandstone features and snapped lots of photos of the spectacular bluff.  It was sunny, warm and protected from the wind. As we approached the bluff, we met Craig Weinhold and his family and Dusty the dog in canoe and kayaks heading upstream to paddle around in the sloughs. Coming out of the bay into the main channel the wind kicked up some rolling waves which made for some particularly strenuous paddling the last few hundred feet to the Weinhold’s private beach on the bluff. Take out time: 3:20, about a 2 hour paddle.

Not much. Maybe one eagle in flight, crows, a few jumping fish. 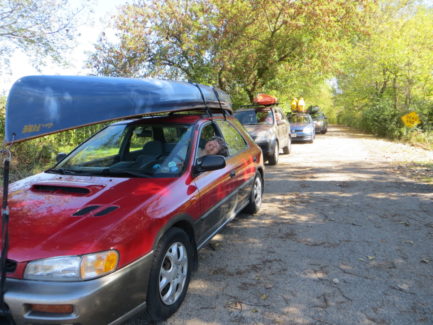 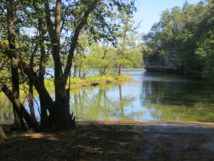 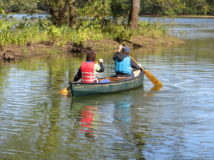 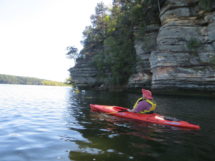 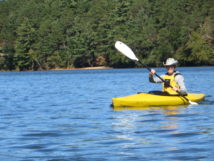 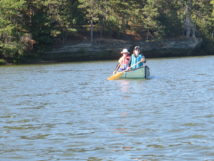 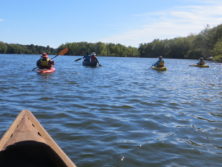 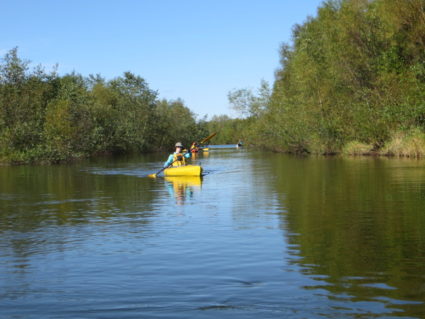 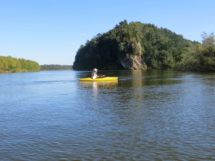 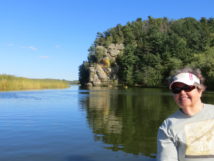 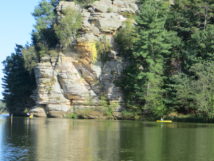 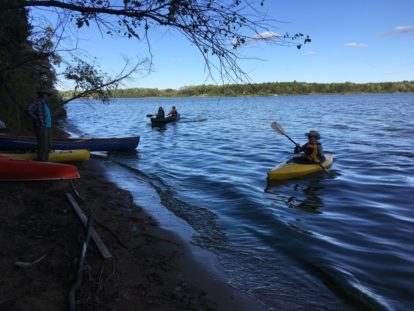 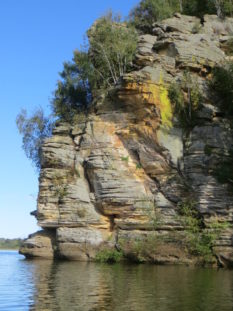