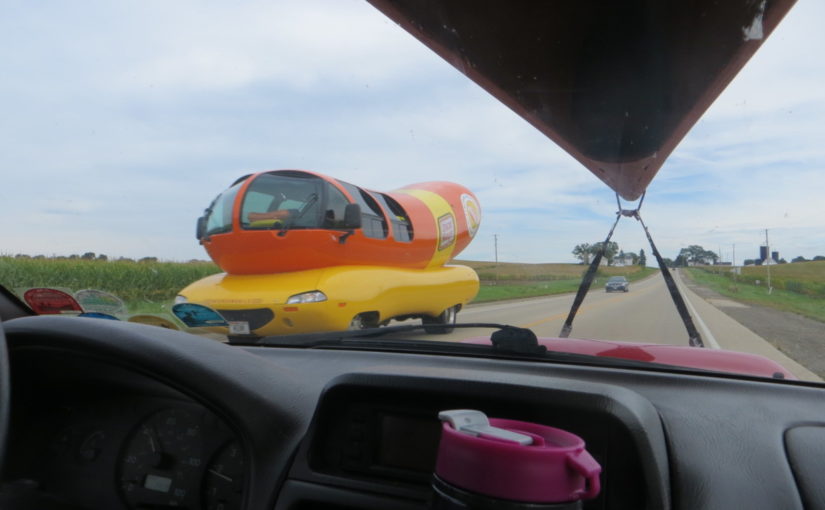 Our friends had never been to Turtle Creek so were happy to take us up on our offer to introduce them on a mostly-cloudy, mild mid-September Sunday.

The put-in is slightly awkward for us due to the angle of the bank, but there were no major problems. We paddled upstream a few feet and went through the middle arch of the bridge. The current was gentle, about the same as on our two previous trips, even though the cfs number was a little higher. The water level seemed slightly higher.

There was minimal grassy vegetation to paddle through, noticeably less than on previous paddles. The water was clear, and the sandy riverbed was nearly always visible. There was more dead-fall from downed branches just after the E Creek Rd bridge on this trip and required more maneuvering this time. We were just able to scrape over a barely submerged log. If the water level had been much lower, we probably would have had to get out of the canoe.

We did not encounter any other paddlers. The trip was very relaxed and quiet as usual and didn’t require any strenuous paddling. It was more of a float than a paddle, really.

There is a nice new big sign at the take-out marking the O’Riley Road Landing. The take-out is grassy, with a bit of a ledge. Our kayaking friends took out first and pulled our bow up onto the bank, so we didn’t even have to get our feet wet.

Overall there was not that much wildlife but we saw the first turtles we’ve encountered on Turtle Creek spied by Pat. She also surprised a brown bird that might have been a small heron. We saw several kingfisher, swallows, a small shore bird (plover?) and small fish. There was a red-tailed hawk at the takeout. 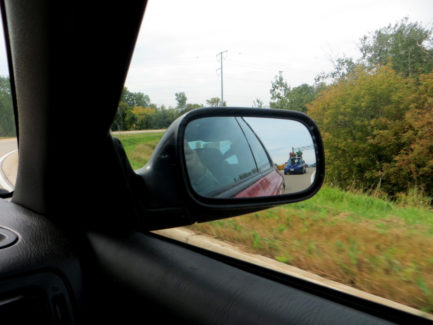 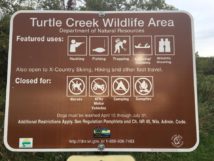 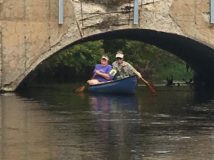 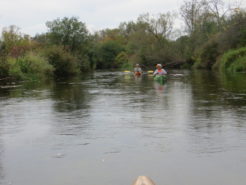 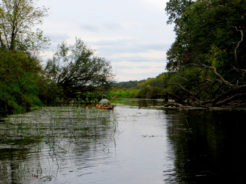 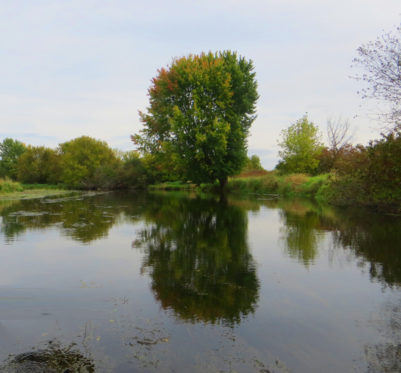 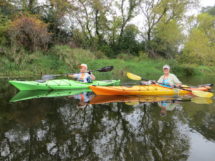 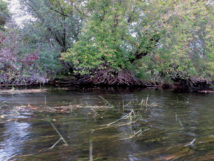 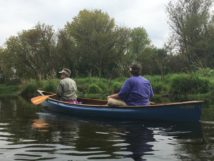 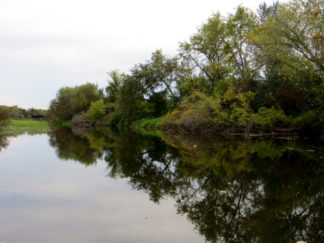 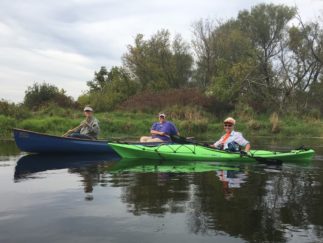 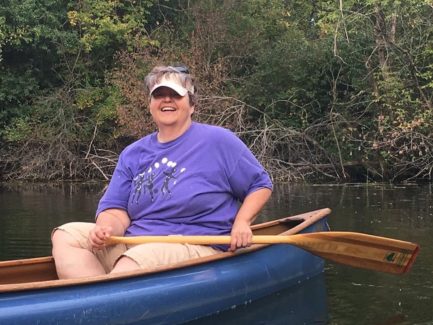 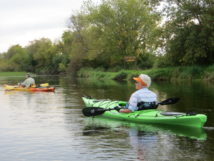 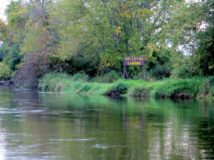 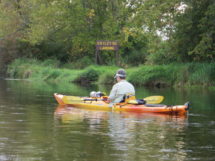 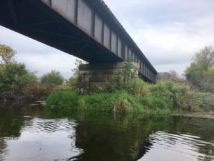 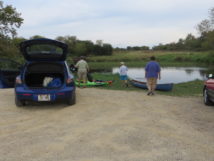 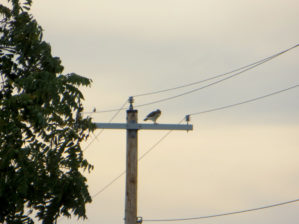 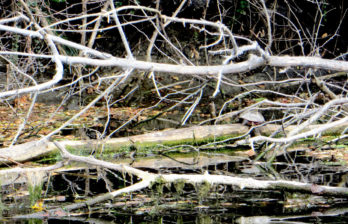 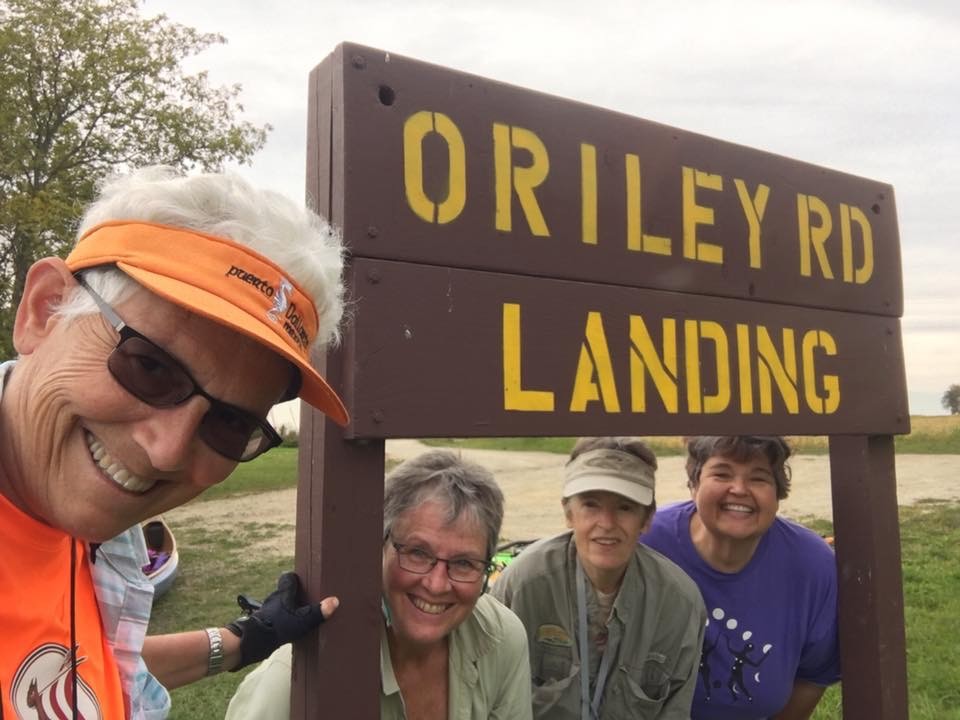