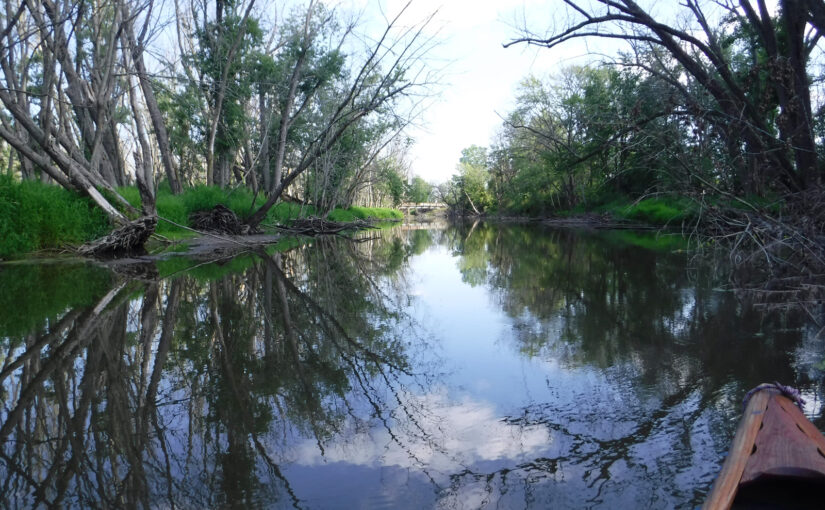 On this low water and slow current day, Prince’s Point had a lot of deadfall. We were able to navigate around it without taking a dip into the muddy Bark River.

We launched into the Bark River from Prince’s Point Wildlife Area (Whitewater) and turned left. The gravel launch was just fine. There was a deep dropoff a foot or two into the river.  Unusually, we paddled downstream first.

Just as we pulled in some DNR wardens came into the parking lot, and we waited until they launched before we did.  We asked them about the weed bog, the dead trees, and the water level; but they didn’t seem to know anything for sure about the river… maybe they were strictly law enforcement. This river is about 2ft deep and the boat had a motor that seem way too big for this depth. We were already planning to turn left and when they turned right, it validated our decision.

Two primary highlights about this paddle were the tree deadfall and the shore birds.

There was a lot of deadfall as we paddled downstream. It was kind of a maze of branches in the water. It was a little tricky, but we did fine and nothing bad happened. It would have been bad to capsize because of the depth of the mud on the river bottom. I would guess we would have at least been in knee-deep if we had to try to stand, as indicated by how far down we could sink our paddles into the river bottom.

About one third of the way, the deadfall cleared up, and it was really beautiful. There were a lot of dead trees which were kind of eerie and had their own beauty.

Shorebirds were with us the whole way. There were killdeer which we had seen before, and there was another shore bird that had a tail-bobbing behavior, probably some type of sandpiper. We think we saw juveniles of both kinds of birds. They were mostly separated, but in one area we did see both of them.

At our turn-around point there was a farm ahead. A kingfisher was fishing. Some dragonflies were mating – the male also kept trying to mate with a log. Plus, we saw an eagle!

On the way back as we were going upstream, we met a man and woman in a canoe coming downstream. She said, “You have the maze of your life ahead of you!” not knowing we had already run the gauntlet. Interestingly, they were committed to paddling all the way to Burnt Village which he expected to take 4 hours. That would get them out of the water past sunset, and we knew someone who got lost on that route; so we sure do wonder if they made it! We are tempted to do the entire route ourselves; but it’s probably just too long for us, especially not even knowing if the way is clear.

The down-and-back trip this day was about 2.5 hours.

Wildlife: turtles, kingfisher, killdeer, a shorebird that we think is some type of sandpiper (solitary sandpiper we think?), muskrat, heron (white egret and great blue), woodpecker, eagle, and small fish 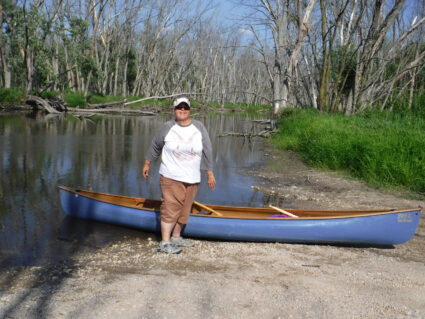 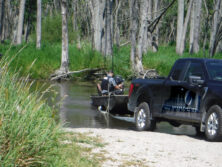 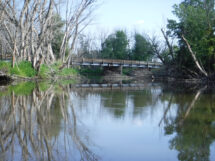 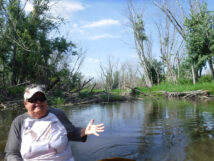 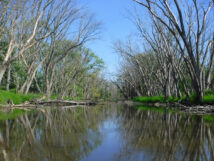 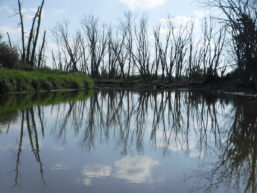 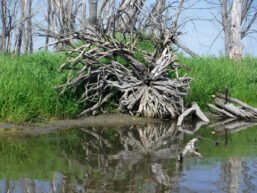 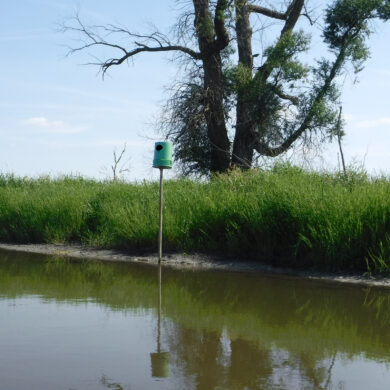 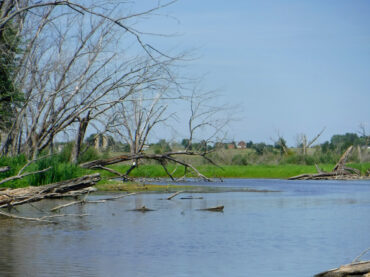 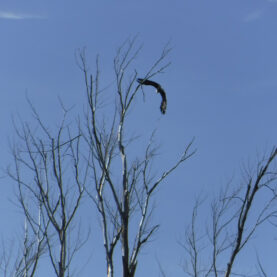 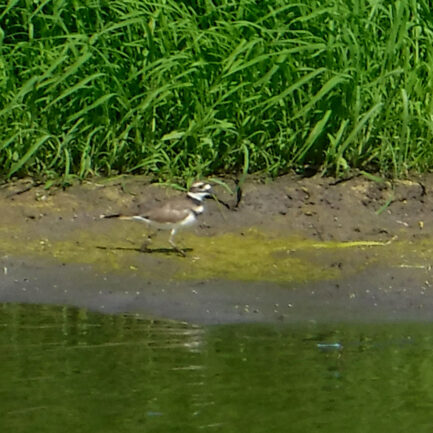 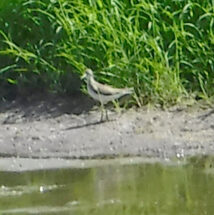 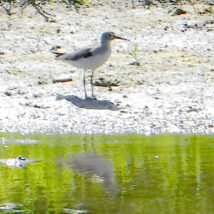 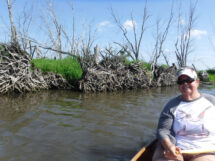 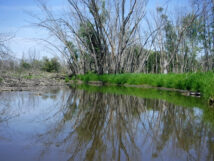 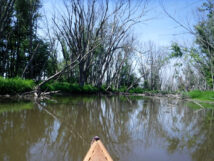 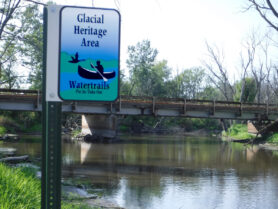 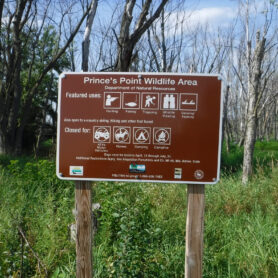 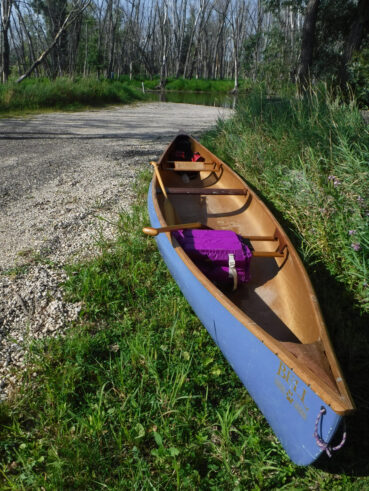