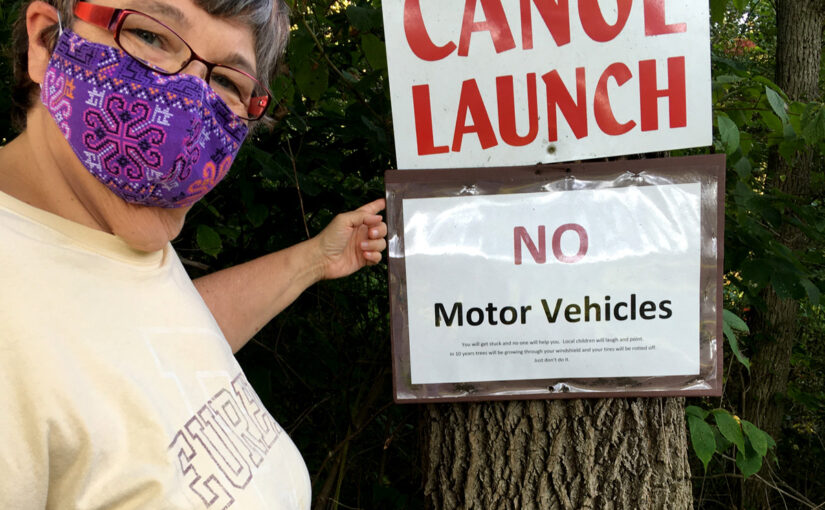 We tried many times in the past to find Bass Creek from the Rock River but never located it. When we saw a social media post that there was a Bass Creek launch point, it was time to invetigate.

With dew points around 70, it was too hot to paddle, so we used a late August Sunday pandemic afternoon to take a drive through southern WI and check out several Turtle Creek launches and one on Bass Creek that we learned about this week on Friends of Turtle Creek FB page. The Bass Creek launch is owned by Green-Rock Audubon Society and is maintained by The Rock Trail Coalition

A little over an hour’s drive on the smaller roads via Evansville and Orfordville, the location of the landing is described in various sources as “across from the Bass Creek Cafe and Grill” 54090 County Highway D in Afton, WI. This is a bit confusing because on the map it doesn’t look like the cafe is at all close to the creek. (For now, at least, the Bass Creek Canoe Launch is not in our map databases.) We trusted that it would be clear-where-to-go when we got there, and indeed we passed the cafe and turned onto First St just before the bridge and saw the sign for the launch. It worked out for once!

The launch is for paddle craft only. Boats have to be carried down a long grassy path to a board platform launch. It looks like it would be easy enough to put in here but prepare to get your feet wet. The creek is shallow by the launch, but apparently is easily navigable to Rock River – at least right now late summer 2020 – courtesy of four guys who cleared hazards on the creek (according to a FB post by Dean Paynter on August 16).

On August 18, a group including Dean Paynter paddled to Happy Hollow Park on the Rock River and posted pictures on FB. They reported that it took about an hour to get to the takeout at Happy Hollow Park and that the depth was a few inches to about 4 feet “in holes”. For reference, the flow at Rock River gauge at Afton on August 18, 2020 was ~1100 cfs.

A second report on the Green Rock Audubon site was from a mother who took her kids (age 9 and 4 who had never canoed before) paddled this stretch in June, 2016.   It took them about 2 hours with some stops, and they had to scoot their canoes over some shallow spots. For reference, the flow at the Rock River gauge in Afton in June, 2016 was between 2000 -3000 cfs. 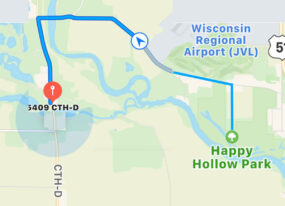 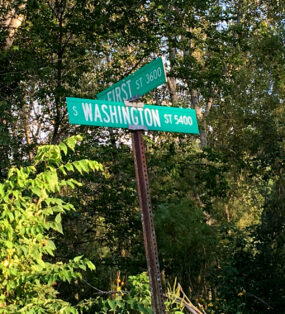 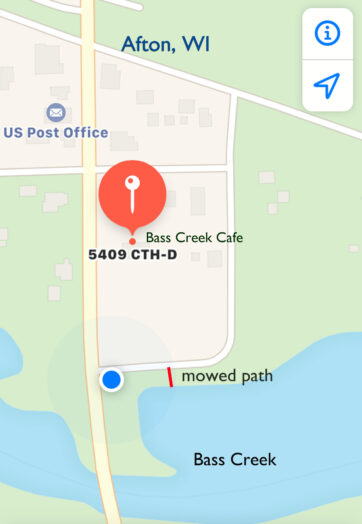 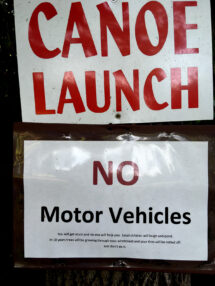 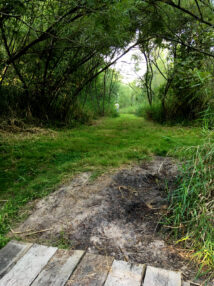 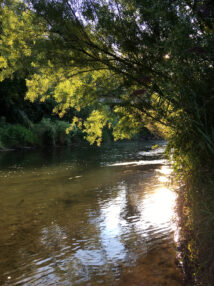 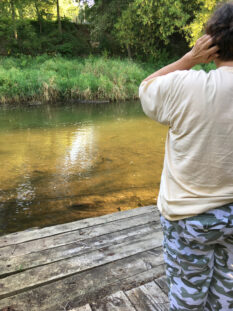 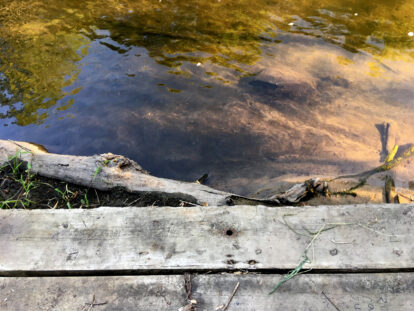 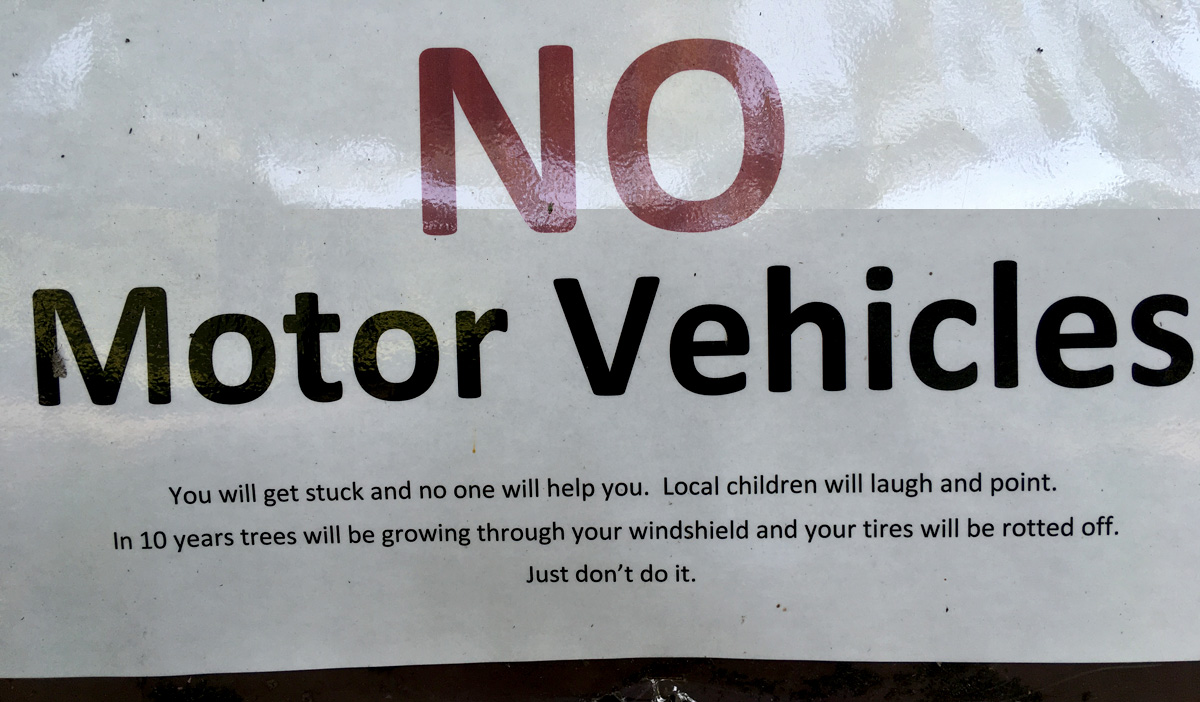 No Motor Vehicles
You will get stuck and no one will help you. Local children will laugh and point. In 10 years trees will be growing through your windshield and your tires will be rotted off.
Just don’t do it.