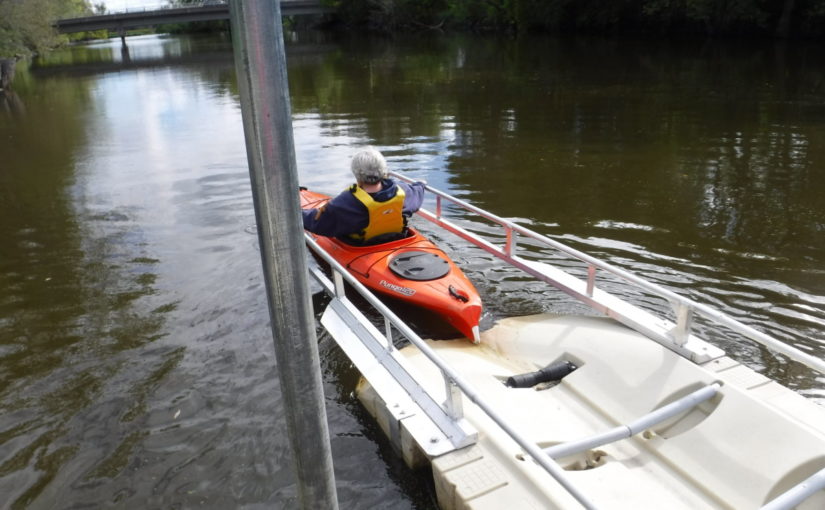 Our friend was interested in trying out the new differently-abled accessible boat launch recently installed at the park in Princeton. We were curious about this device as well, and we thought this would also be an opportunity to try paddling upstream from the landing.

We’ve done the segment between Princeton and the White River Locks a number of times, but we’ve never gone the other way. On the drive up, we checked out the Princeton Lock and Dam landing south of town to see if that might be a starting point for another paddle some day.

This was a very windy, partly cloudy mid-September day with temps in the 60’s. Wind speeds were 15 to 18 mph, but we reasoned that we could simply turn around and head back to the put-in if the wind was too much of a problem.

Princeton Landing, which has a concrete ramp and a new handicap accessible launch. No porta-johns this year due to flooding in Princeton, but previous years there has been nice facilities.

Phyllis used the handicap accessible launch – not as easy to use as one might hope. The shelves did not slide in/out very readily. The rollers were not rolling – they needed some WD-40 or something! She did think it assisted somewhat and she was able to exit using the device pretty much on her own.

The current was slow, and it was not difficult to paddle upstream, even at this relatively high flow. We paddled under the Highway 23 bridge and past the buildings of the town on the east bank. There were no buildings on the west bank – just trees and marshy floodplain.  We were just about at the southern edge of town when we decided to turn around when the sky became dark and threatening.

This was a short trip of about 40 minutes because dark clouds were looming. Happily, we got some exercise paddling upstream and battling the wind both upstream and downstream; plus, we accomplished our goals of trying the handicap launch, sampling a new part of the Fox and scouting out a potential put-in for a shuttle trip between Princeton Lock and Dam (also called Wicks Landing) and the City of Princeton Landing. 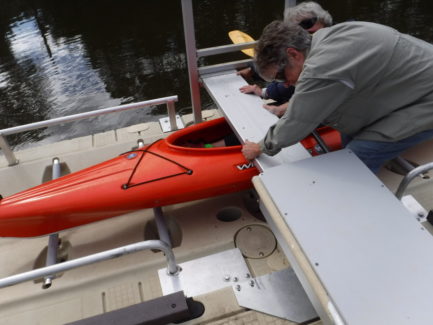 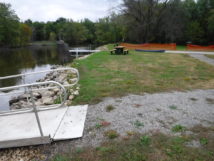 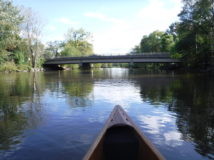 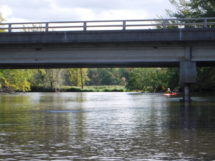 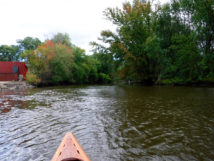 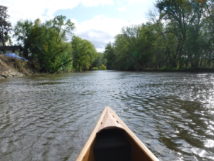 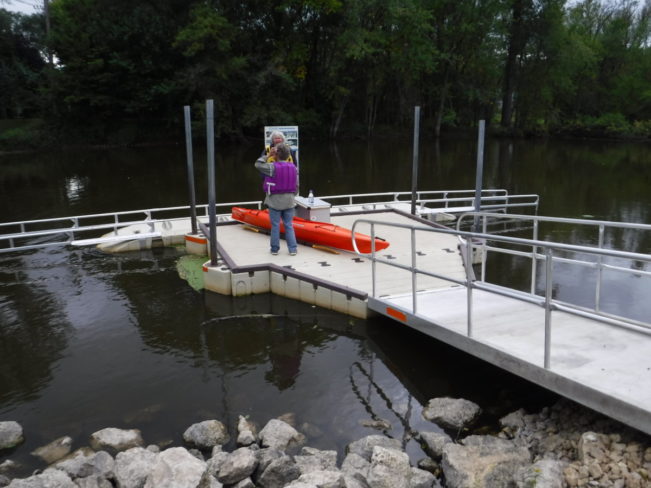 Caloric repletion phase – we had a excellent post-paddle dinner at Aranda’s, a Mexican restaurant in Deforest suggested by Phyllis.