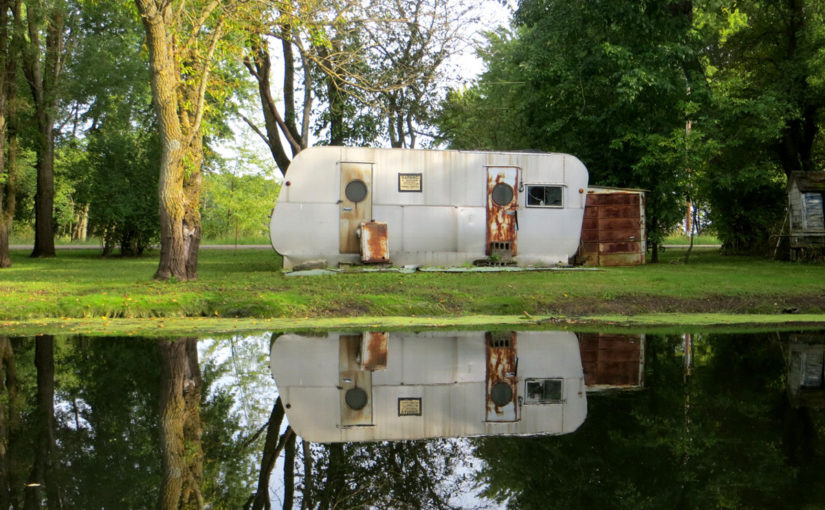 Weekday afternoon paddle on a humid mid-70’s mostly cloudy day with minimal wind. On the way, we checked out Neenah Creek and evaluated several landings.

Put in/take out: County Rd O bridge, which has an off-road parking area for several cars and a concrete ramp. No bathrooms.

The river is considered boring by some, but we find it quiet and mostly scenic, with great reflections that day.  Nothing wrong with peace and quiet. We went upstream past some cabins and deteriorating docks on the right, then a few houses before the surroundings become isolated as the river bends away from County Rd F. Houses and cabins appear further upstream along Fox River Rd.

The trip: in at 5:00, out at 7:15. There are often fishermen here, but we had the landing to ourselves when we put in. We turned around at 6:15 at the point where Fox River Rd comes within a hundred feet or so of the river. There is a quirky quonset-hut-like building here and some other interesting structures which seem more or less permanent and we assume are used for weekend visits.  There were no other boats on the river until the takeout, where we encountered a couple of friendly fishermen loading their boat.

Wildlife: hawk, herons, swallows, muskrat, red-winged blackbirds, fish jumping. Heard cranes nearby.  Saw some interesting blue berries in clusters which we have yet to identify and bamboo-like grasses on the banks (probably invasive). 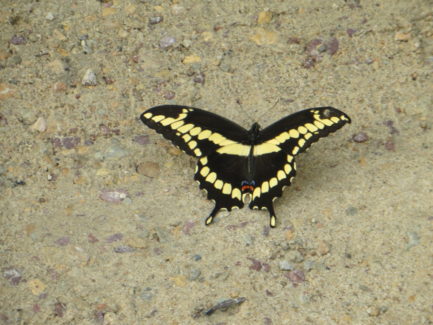 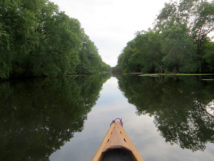 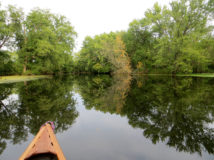 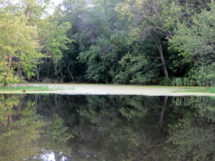 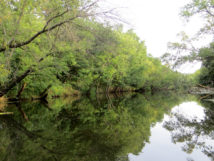 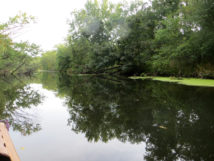 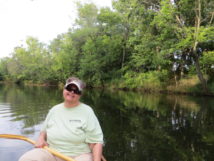 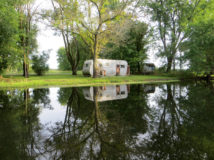 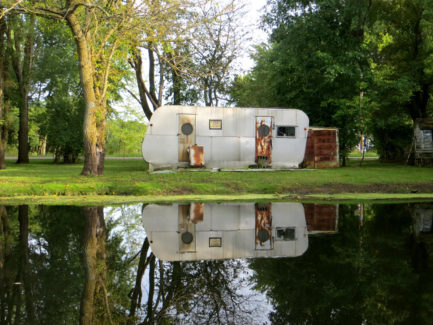 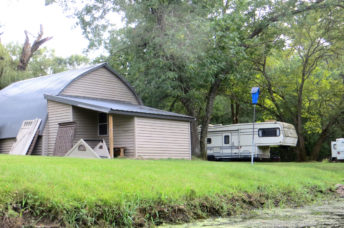 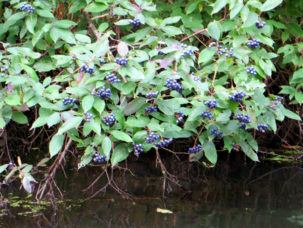 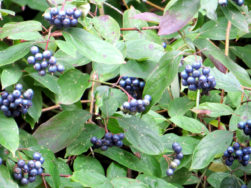 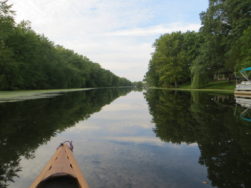 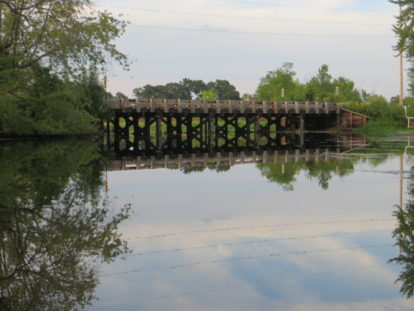 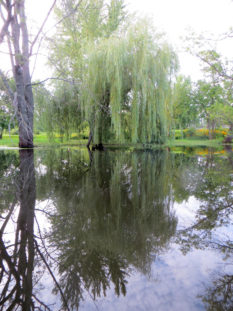