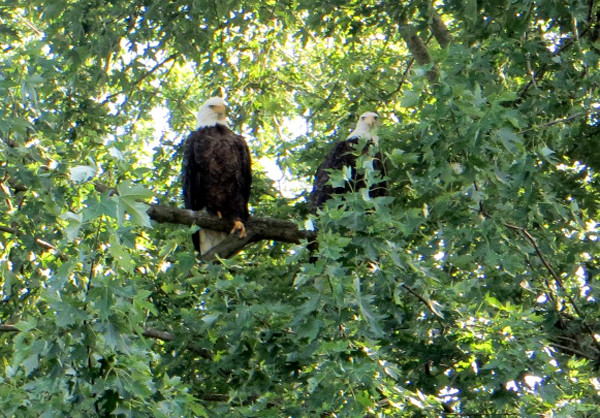 With water levels being quite high after all the rainfall this summer, we weren’t sure we could do our usual up-and-back trip on this segment of the Rock River. We hadn’t paddled here for several years, but we consulted past notes and decided to take a chance.  We put in at Wayside Park off Highway 16 at 2:30 on a sunny afternoon with temp in the low 80’s. It is a great oxbow park with restrooms and plenty of parking and a nice concrete ramp at the put-in. The last time we tried to launch here a couple of years ago, the water was too low and there were too many large exposed rocks which blocked our access to the water.

The river level was visibly high but not scary swift.  It didn’t seem too difficult to paddle upstream, but we got tired sooner than we thought we should have; so we were probably working harder than we realized. We had no trouble getting under the Rock River Road bridge, just had to duck slightly.  The part of the river between Wayside Park and Kanow Park is pretty, so we were glad to paddle this segment.  Kanow Park is also quite nice and has a bank landing which can be muddy in high water levels.  There were several families fishing here.  We met a family coming downstream in a canoe having started at Kaul Park. They said they had encountered no obstructions between Kaul Park and Kanow Park.

Just before the row of houses about a mile beyond Kanow Park, we saw an eagle in flight! And, incidentally, a hornets nest hanging from a branch.

We turned around at 4:00 pm, at the beautiful green hill near the intersection of River Valley Road and Rock River Road.  Heading downstream, we scanned the trees in the area where we had seen the eagle before and saw a pair of eagles sitting side by side watching us as we passed!

Other wildlife: great blue heron in flight, a great blue heron and a pair of sandhill cranes close to each other along the river bank, many kingfisher and swallows, a few jumping fish and another hornets next close to Kanow Park.  We also saw a few fresh water clams. 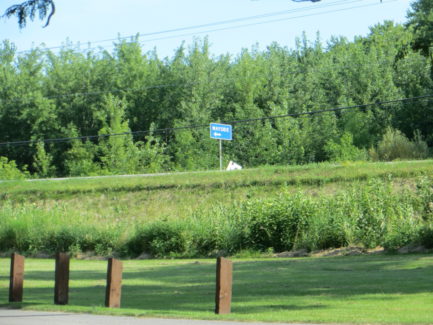 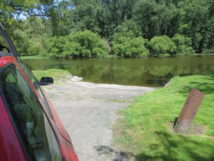 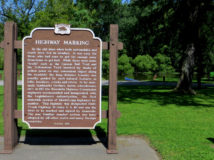 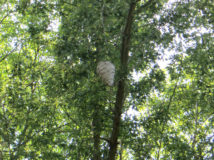 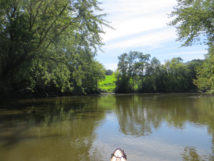 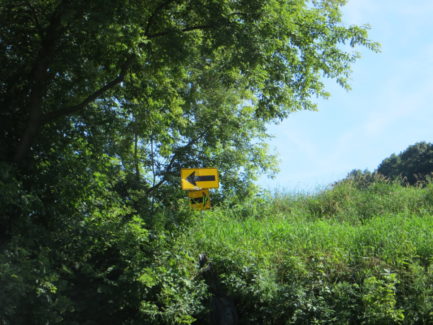 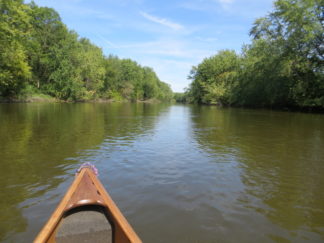 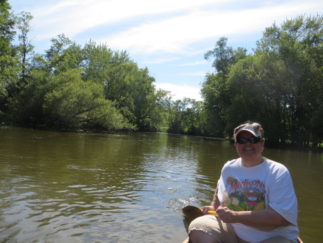 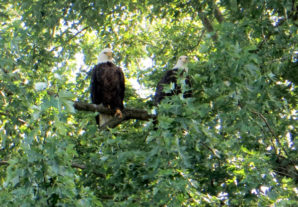 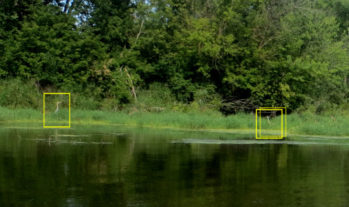 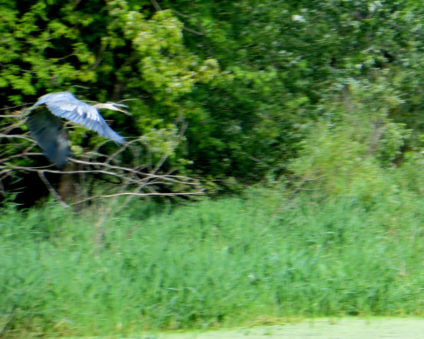 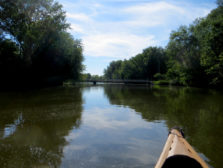 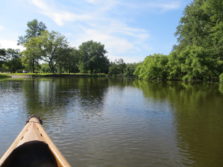 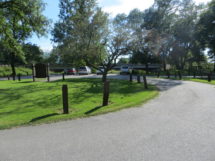 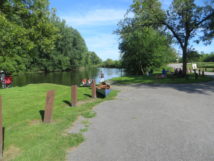 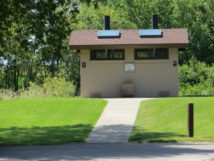