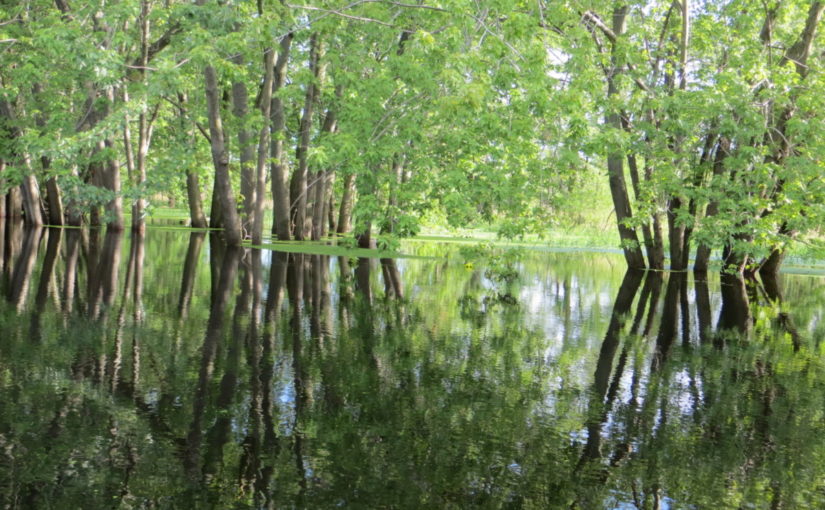 We decided to paddle the Bark after several days of rain and to not wait until any later in the season because of a disappointing experience last summer when we found the river, which we always said “never disappoints,” too slimed over to even attempt. It was a nice day but unfortunately, the river is once again headed for problems this summer.

The paddle: The water was quite high but had receded from a few days earlier.  The “Water on Road” sign on the Rustic Road was still up, but the road was dry.

The first thing we noticed at the put in at Burnt Village Park was new facilities! Okay, a port-a-john, but arguably better than the bushes at this popular launch and fishing area. There is also a new donation box for the Jefferson County Parks Department. (We gave) We were happy to see a “Slow-No Wake” sign at the landing, although this was ignored by a motorboat at the end of our paddle. The river was out of its banks in many places, but despite the recent rain and high flow, there were carpets of duckweed along the banks the entire route. In some places, we could see fuzzy stuff growing on top of the duckweed.  What has happened to our lovely Bark River?

The current was brisk, which made the upstream paddle a little slower than usual; and we did not quite make it to where we have seen the eagle’s nest in past years. We had been paddling upstream for about 1.25 hrs by this time, and this being only our second paddle of the year, we were pretty tired. It took 45 min to get back to the put-in but not an entirely effortless paddle due to the wind. 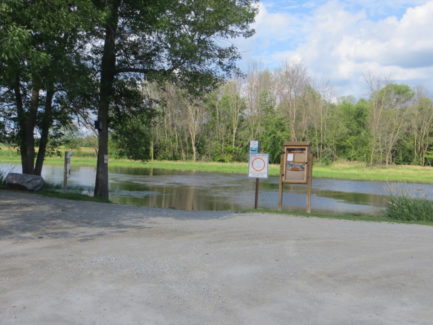 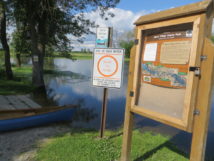 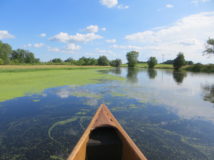 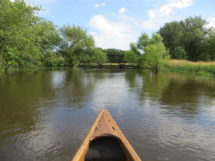 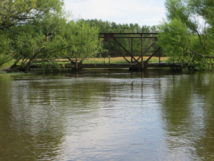 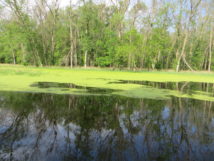 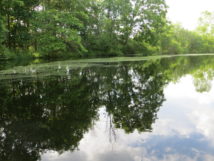 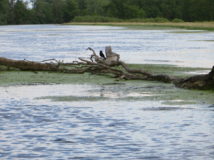 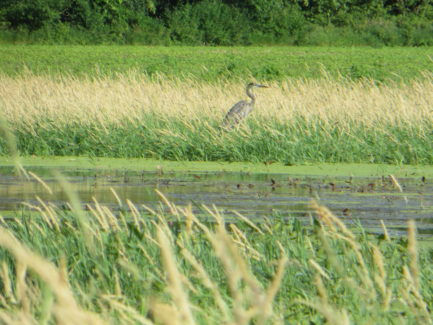 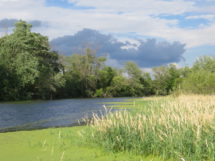 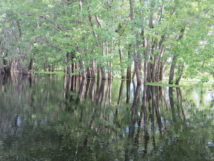 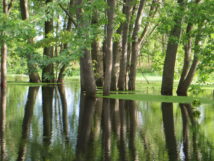 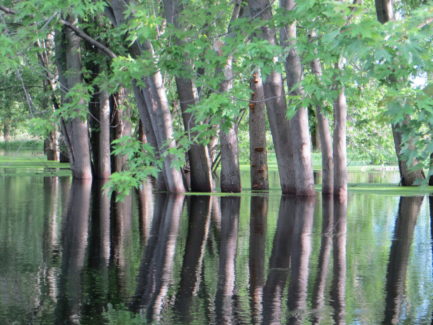 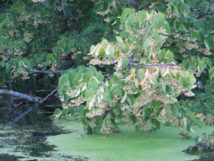 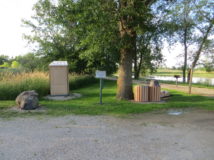 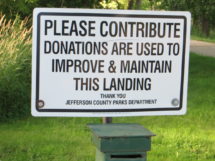 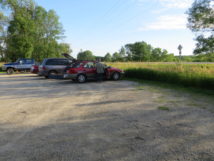 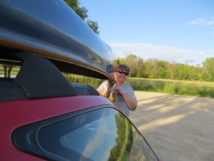 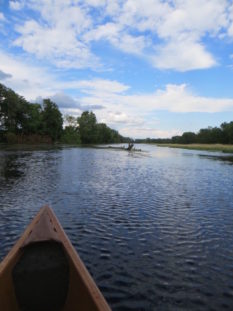 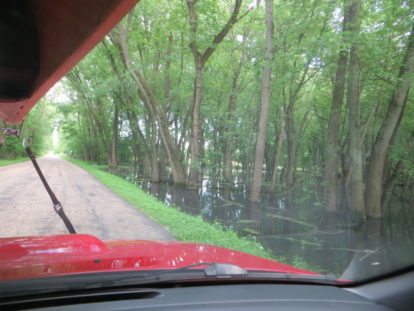 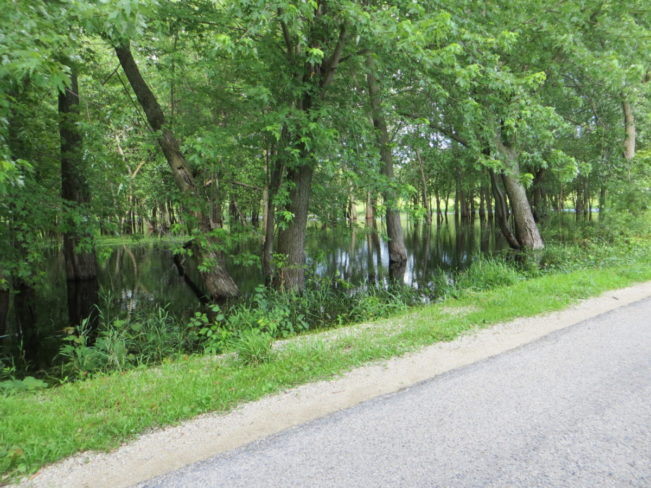