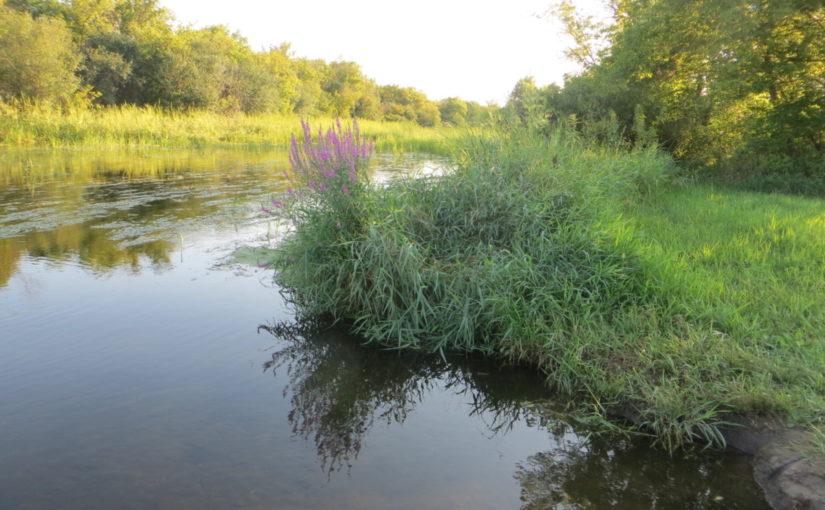 Setting: We wanted to try this creek after reading about it on milespaddled.com. We had scouted several landings a couple of weeks ahead of time and concluded that the Co Hwy C (Fairfield) put-in and the “pipeline” take-out (just off S. O’Riley Rd) would be best for us.  We interrogated a group of casual paddlers as they passed under the E.Creek Rd bridge in canoes and kayaks. They seemed to be having a great time.  They had put in at “Fairfield” and were going to take out at the “pipeline.” They said they had encountered no obstructions, floated easily over the weeds and had paddled this creek many times. Flow was about 70 cfs that day.  We watched them navigate the deadfall below the bridge, and no one seemed to have any trouble.  For our outing we chose a sunny Friday afternoon, temp around 80.  P accompanied us in her kayak.

Put-in: bridge on Co Hwy C (Fairview) at 4:30 pm. There is space along the shoulder on both sides of the bridge for 3-4 cars. Be careful doing a U-turn on the road because the speed limit is 55, and it’s impossible to see vehicles approaching from the north side of the bridge around the blind curve.  We put in upstream left from the bridge.  There is no gravel or concrete ramp, but the put-in is well used, fairly level, and we didn’t have much trouble launching the kayak and canoe.  P took her kayak through the nearest arch.  We paddled upstream a few feet and went through the middle arch.

The shuttle: Southeast on Co Hwy C about 1/4 mi to Clowes Rd. Right on Clowes Rd to the T at E. Creek Rd. Right on E. Creek Rd, over the bridge to S.O’Riley Rd. Left on S. O’Riley Rd to the turn-off (left) to the parking lot at the “pipeline” just past the RR tracks.  Shuttle is 2.8 miles.

The paddle:  Although the current looked fairly swift at the put in, we did not have any difficulty at the launch or during the paddle.  Probably the current is too swift, however, to do this trip without a shuttle, even at low water levels.  The water was clear but with long strands of vegetation under the surface which did not slow the boats.  We did notice that P had to remove strings of vegetation from her paddle every few strokes during the first mile or two.  There were intermittent stands of tall stalks of some type of grass. These could be easily avoided or paddled through.  Depth seemed to vary from a few inches to 3-4 feet.  No grounding. We had to maneuver around some tree debris just below the E.Creek Rd bridge, but with the slow current it wasn’t too scary. Otherwise, the creek was unobstructed by deadfall.  The setting was isolated and pretty with nice reflections in the afternoon light. The creek was fairly twisty in places.  Lots of shade but open sunny stretches as well.  There were no houses.  Probably the part we paddled was entirely within the Turtle Creek Wildlife Area.  The trip was about 4.2 miles.

Wildlife: not as much as we expected. Fish, flycatchers, swallows, dragonflies. No turtles or herons.

Take-out: 6:20 pm at “pipeline” off S. O’Riley Rd, just downstream from the RR bridge. Small drop off at landing but not a major problem for the canoe or kayak. It was not muddy, and we didn’t have to step into the water to get out. There is a nice gravel parking lot.  No facilities. 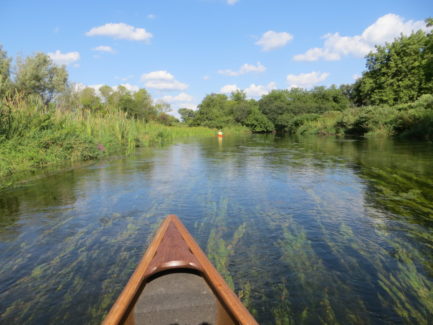 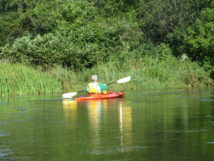 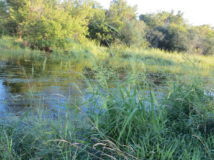 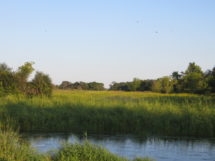 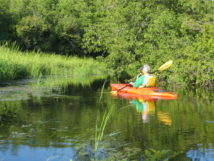 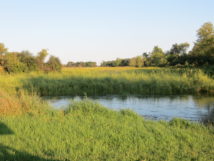 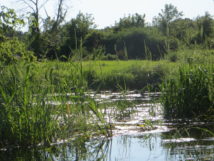 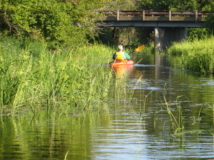 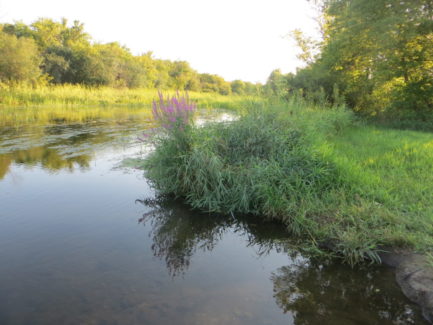 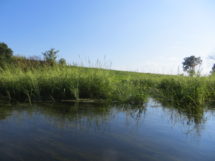 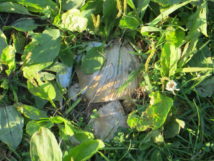 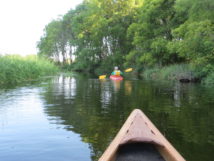 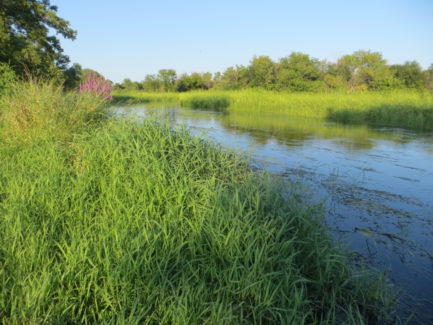 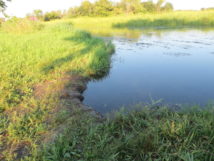 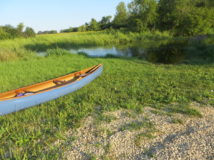